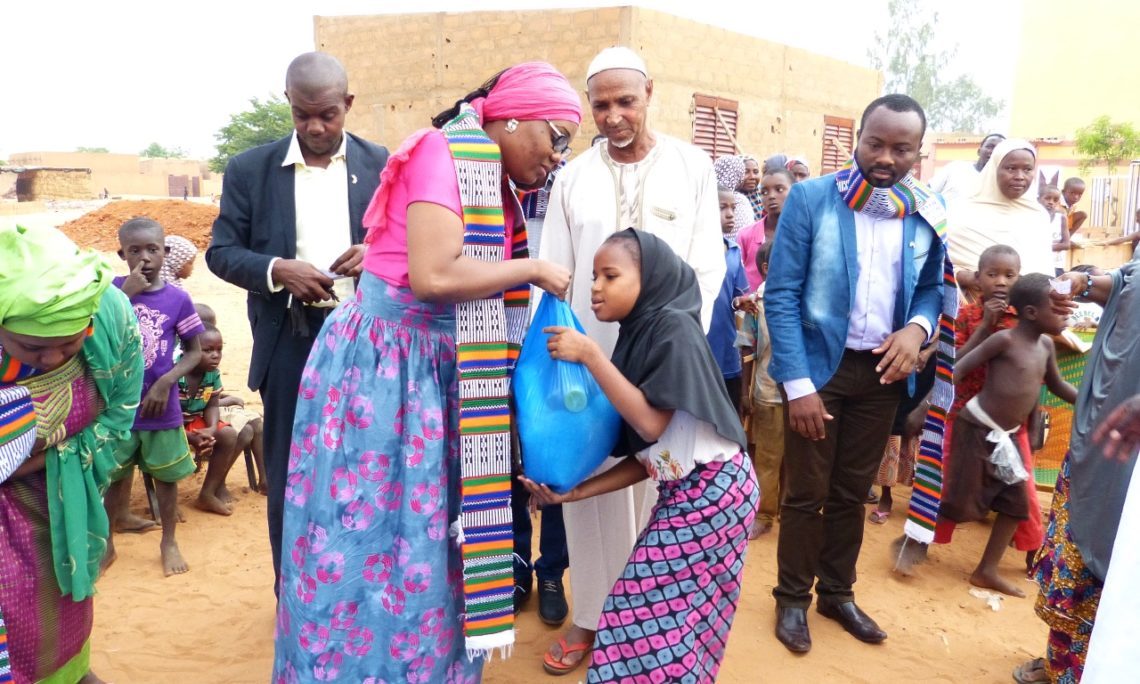 The Charge d’Affaires congratulated and welcomed the 2016 Nigerien MWF YALI participants at a pre-departure orientation held at the American Cultural Center on June 10. One of the 2012 Young African Leaders IVLP-style program alumni attended the PDO and encouraged the fellows to give their best and make the most out of this great adventure.

This year, the YALI fellows also organized a community service activity – partnering with YALI alumni to provide food to needy children. It was an opportunity to network and bond with other Fellows from Niger.

The 2016 YALI cohort was invited to receive a Nigerien flag from the Prime Minister in honor of their upcoming travel to the U.S. as Niger’s ambassadors. The ceremony took place at the prime Minister’s office with the Minister of Cultural Renaissance also acting Minister of Youth and Sports. The prime minister advised the cohort to be innovative and to come back with ready to implement ideas in Niger.