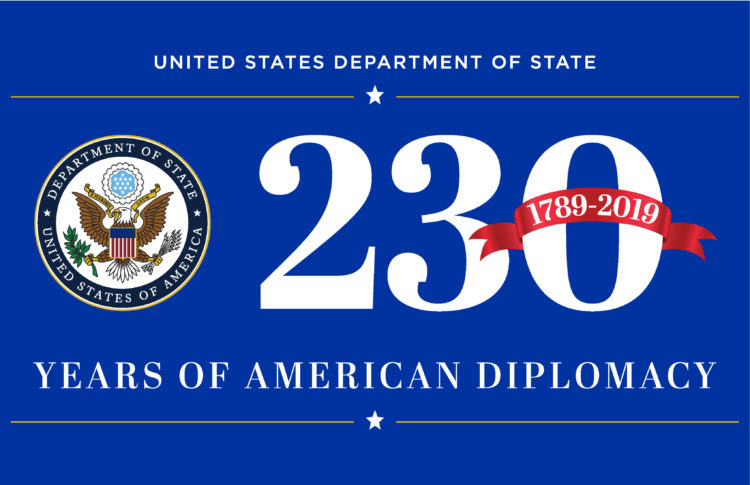 Today is the U.S. Department of State’s 230th anniversary!  To mark this special occasion, Secretary of State Mike Pompeo is hosting a day-long celebration at the Harry S. Truman Building in downtown, Washington, DC.  Under the theme of “One Team, One Mission, One Future,” the commemoration will feature a live discussion between the Dean of American Secretaries of State, Dr. Henry Kissinger, and his official biographer, Dr. Niall Ferguson, a film featuring comments by Secretary George P. Shultz and Secretary Madeline Albright, a panel discussion with historians, and more.