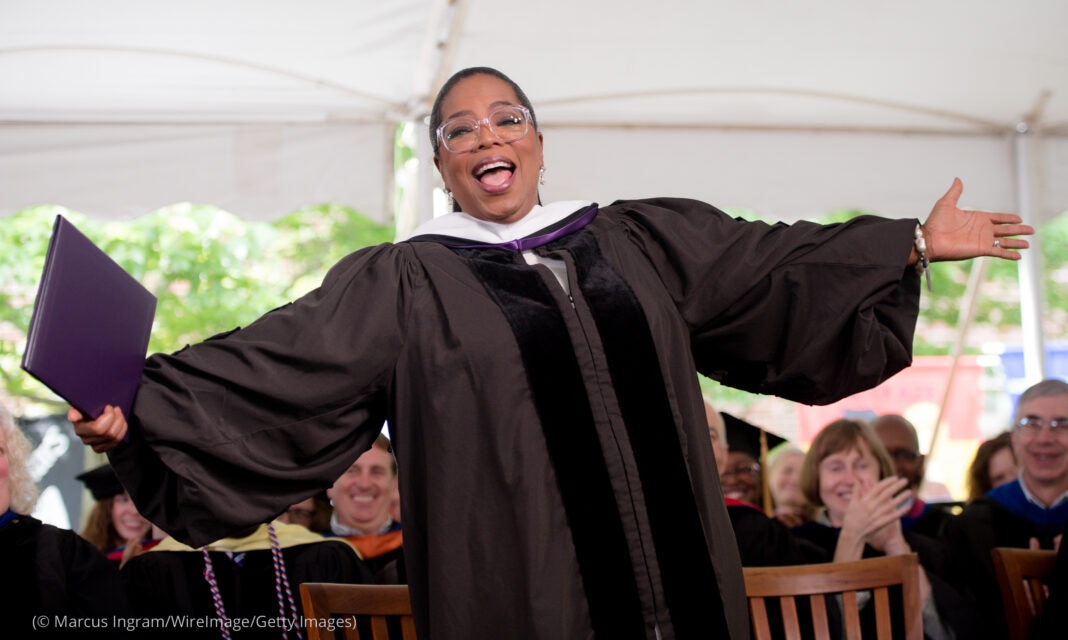 The U.S. Department of Education recognizes 101 schools as historically Black colleges and universities. They were all founded before 1964, when the Civil Rights Act made discrimination illegal, primarily in order to educate African American students, who were often not welcome at white universities.

These schools, also known as HBCUs, constitute only 3% of higher-education institutions in the United States, yet they educate 10% of all Black college students. (Students of all races can attend HBCUs.) In many cases, HBCUs propel graduates into the middle class, according to a 2021 report from the United Negro College Fund (PDF, 1.8MB)

Here are a few more notable graduates of historically Black colleges and universities.

Martin Luther King Jr., the Nobel Prize–winning civil rights leader, graduated from Morehouse College. It is there that he came to see religion as a powerful catalyst for social change. He would go on to dedicate his life to the nonviolent struggle for racial equality in the United States.
His leadership was a driving force behind the Civil Rights Act of 1964 and the Voting Rights Act of 1965.

Common is the stage name for Lonnie Rashid Lynn, the first rapper to win a Grammy, an Oscar and an Emmy. The socially conscious rapper attended Florida Agricultural and Mechanical University (“Florida A&M” or “FAMU”) before founding the Common Ground Foundation to support youth education and leadership. Recently, he launched Imagine Justice, a nonprofit focused on stopping the criminalization of poverty.

Evelynn Hammonds, a Spelman College alumna, is a distinguished professor of African and African American studies at Harvard University. Before Harvard, she taught at the Massachusetts Institute of Technology and founded its Center for the Study of Diversity in Science, Technology, and Medicine. In 2014, then-President Barack Obama tapped her to serve on his Advisory Commission on Educational Excellence for African Americans.

Jerry Rice, a National Football League Hall of Famer, started playing for Mississippi Valley State University, graduated in 1984, and played 20 years in the National Football League. By the time he retired from the San Francisco 49ers, he had notched 38 records as a professional. The retired wide receiver still holds several college records, including the most points in a career (310) and the most touchdowns in a single game (five).

Dr. David Satcher, a medical school educator and administrator, broke ground in the 1990s as America’s first Black surgeon general during the administration of President Bill Clinton. He reported on tobacco use and worked to eliminate race-based health care disparities. Prior to that, Satcher, a Morehouse College alumnus, directed the U.S. Centers for Disease Control and Prevention.

Before her eponymous talk show, Oprah Winfrey earned a degree from Tennessee State University. Her 25-year run as talk show host cemented her reputation as tastemaker, literary critic and gifted interviewer. She earned an Oscar nod in 1986 for supporting actress in The Color Purple and a best picture nomination in 2014 for the movie Selma as a co-producer. She became the first Black woman to appear on Forbes magazine’s billionaires list in 2003.

HBCUs are four-year universities and two-year community colleges. They include everything from law and medical schools to schools offering degrees in liberal arts or theology. In May, President Biden announced a record $2.7 billion for HBCUs, federal funding that signals the administration’s commitment to the schools’ missions to foster academic excellence and provide opportunity for Black students.

International students interested in studying in the U.S. often look for guidance from the U.S. Department of State’s EducationUSA network of advising centers in more than 175 countries and territories.