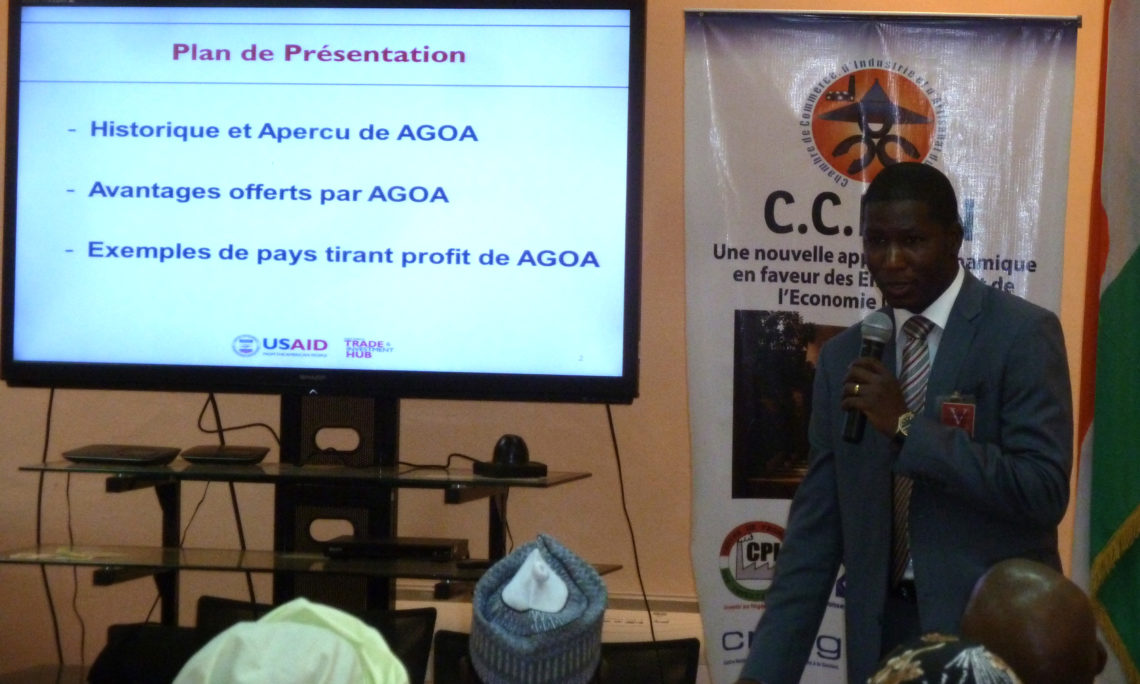 On November 10, 2016, the United States Embassy, in cooperation with the USAID West African Trade Hub and the Niger Chamber of Commerce, held a day-long roundtable discussion designed to highlight Niger’s eligibility and participation in the Africa Growth and Opportunity Act (AGOA).  The AGOA system of trade preferences is designed to develop the United States-Africa commercial relationship by allowing tariff free exports of certain African goods to the United States under specific conditions.  Since 2011, Niger has been a part of the AGOA system of trade preferences and, like most of sub-Saharan Africa, has been encouraged to strengthen its commercial ties with the United States.