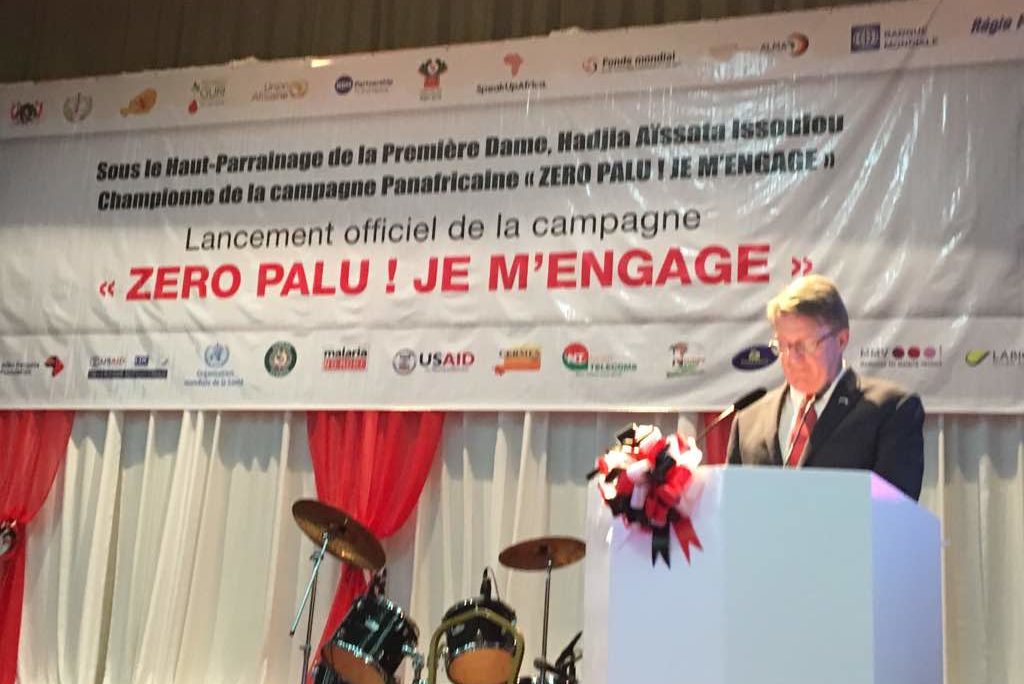 On October 18, 2018, at the Congressional Palace, Ambassador Whitaker spoke at the launch of the campaign “Zéro Palu! Je m’engage” (“Zero Malaria! It Starts with Me!”) to eradicate malaria across Africa by 2030. The campaign is supported by the U.S. President’s Malaria Initiative, which each year donates $18M dollars to Niger for malaria prevention and treatment. Fifty-five African leaders in cooperation with international and non-governmental organizations such as the Global Fund, World Health Organization, and Elimination 8 joined together to initiate the “Zéro Palu!” campaign at the 31st Summit of the African Union in partnership with Roll Back Malaria – the largest global coordination platform to eliminate malaria.

Through her Foundation GURI: Vie Meilleure, Niger’s First Lady Aissata Issoufou has actively championed the importance of guarding against contracting malaria and was chosen to host the “Zéro Palu! ” launch. According to the World Health Organization, Africa accounts for about 90 percent of all malaria cases and deaths worldwide. In Niger, malaria accounts for 28 percent of all illnesses and 50 percent of all recorded deaths. In addition, children under five years of age account for about 62 percent of the malaria burden.

Ambassador Whitaker was identified as one of the key champions to mobilize, engage, and lead other ambassadors and international partners to support “Zéro Palu!” and Niger’s fight against malaria. In his remarks, Ambassador Whitaker spoke of how malaria can affect anyone and of his personal stake in the struggle to contain the disease given that he has had colleagues and friends fall sick or even die from this deadly scourge. Ambassador Whitaker reaffirmed the United States’ commitment to and support for this initiative. He concluded with, My hope is that ” Zéro Palu! Je m’engage” is a great success!