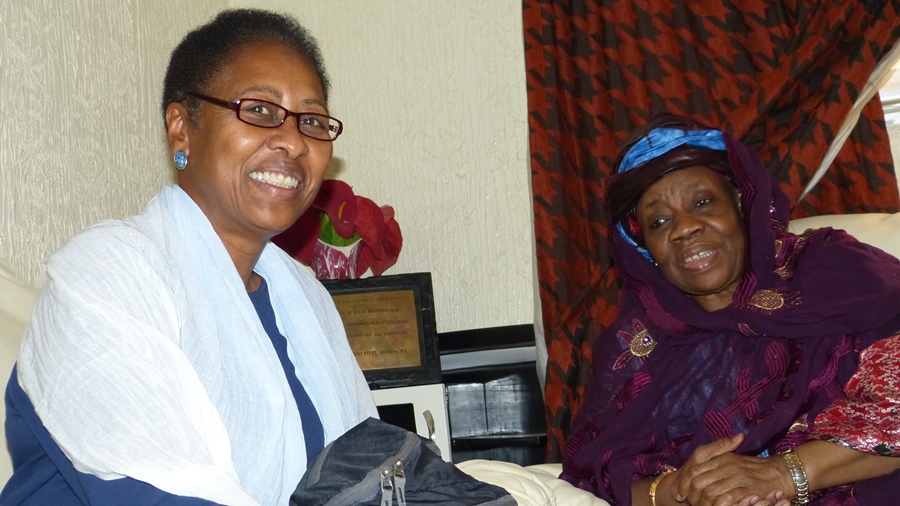 Ambassador Meets with Spiritual and Education Leaders in Kiota

Hundreds of men, women and students provided a warm welcome to Ambassador Eunice Reddick as she traveled to Kiota, Niger, on Friday, May 5. The ambassador visited the city approximately two hours outside the capital city of Niamey to meet with revered religious leader Khalifa Moussa Aboubacar Hassoumi, and Oumoulkheir Ibrahim Niasse, known as Mama Kiota, a spiritual leader who has helped advance women’s education.

The Ambassador spent time separately with both influential individuals.  Khalifa Moussa Aboubacar Hassoumi is the leader of the Kiota Tijaniyya Islamic group. She then visited with Mama Kiota, the subject of a documentary film by American professor Pearl Robinson, and a life-long advocate for women’s education, vocational studies, financial autonomy and civic engagement.

Ambassador Reddick also visited two tangible results of Mama Kiota’s commitment: A display of crafts and crops produced by women, and the Rawda school, which educates 1811 male and female students from kindergarten to secondary high school.  The U.S. Embassy made a gift to the school of multiple copies of “I Am Malala,” the autobiography of Malala Yousafzai another hero for girls’ education.