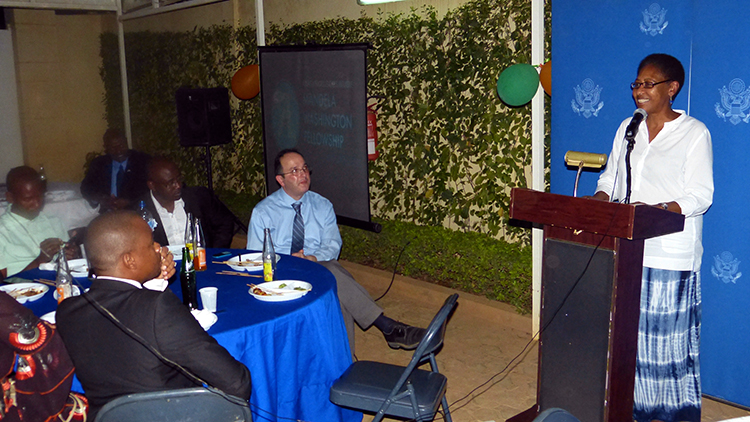 Ambassador Reddick officially welcomed the 2016 Mandela YALI Fellows into Niger’s growing cohort of YALI alumni at a reception held in their honor on April 20. The 2014 and 2015 Mandela Washington alumni and previous YALI generations welcomed the new fellows to the YALI Niger Association and shared some words of advice. The reception ended with YALI Alumni presenting the 2016 fellows with U.S.-Niger solidarity pins, officially welcoming them to the group of Nigerien youth leaders as they embark in this adventure. The reception was held at the PAO residence in the presence of multiple embassy personnel. The president of the Niger YALI Association gave a speech highlighting prestige of the Mandela YALI program and underlining the expectations that each Fellow will give their best, be the best, and strive for Niger and Africa’s development.