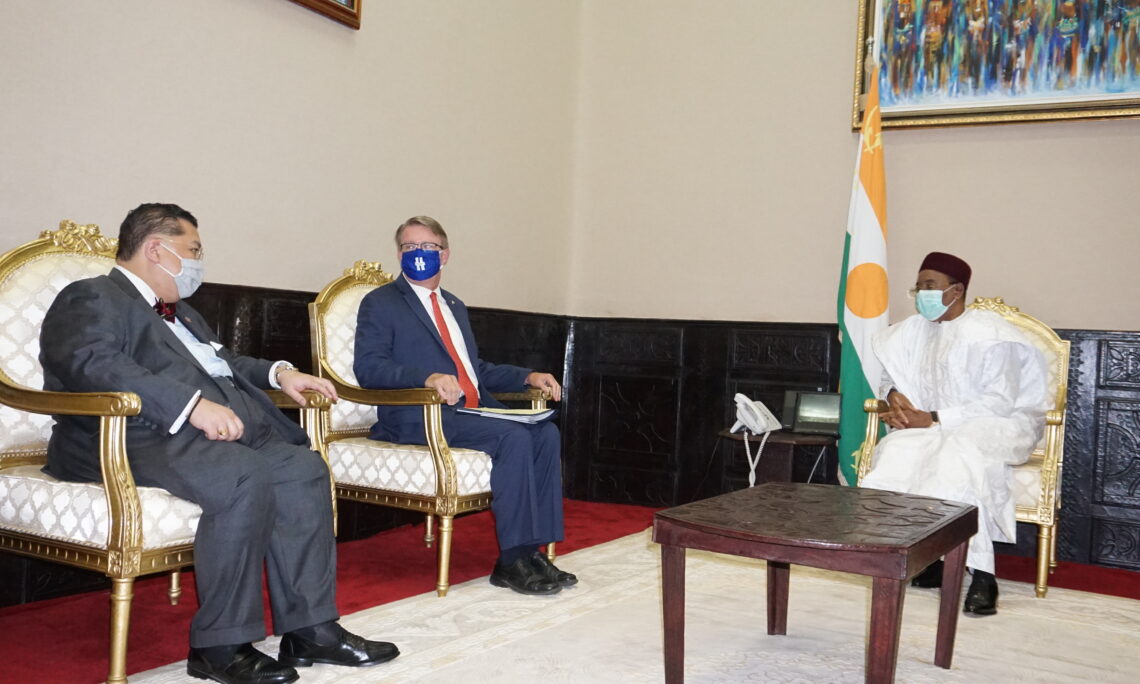 Nigerien President Issoufou received Dr. Pham and Ambassador Whitaker at the Presidential Palace on Monday, September 14.  Dr. Pham and Ambassador Whitaker offered condolences to President Issoufou and to the victims of the historic flooding in Niger and noted USAID stands ready to provide much needed humanitarian assistance to help those impacted by the flooding.  They discussed the U.S.-Niger partnership focusing on regional security issues, Niger’s upcoming elections, human rights, the situation in Mali, and the United States $12.1 million in funding to fight COVID-19in Niger.  Following the meeting, Dr. Pham emphasized, “The creation of my position reflects the U.S. government’s commitment to the region.  It will ensure sustained focus to support our long-term engagement with valuable partners like Niger.”

The next day, Dr. Pham and Ambassador Whitaker presided over the inauguration of Niger’s new headquarters for the Directorate of Territorial Surveillance (DST) in Niamey, as part of the Haske DST project.  The Department of State’s Bureau of International Narcotics and Law Enforcement provided $2.9 million (1.6 billion CFA) to fund this project that the International Organization for Migration implemented in collaboration with the government of Niger.  Dr. Pham stated, “I commend the DST and the Ministry of Interior for the series of record-setting seizures of drugs and drug traffickers over the past year.  The United States stands ready to support your continued efforts to combat and deter transnational organized crime. We are proud to join you in this fight.”