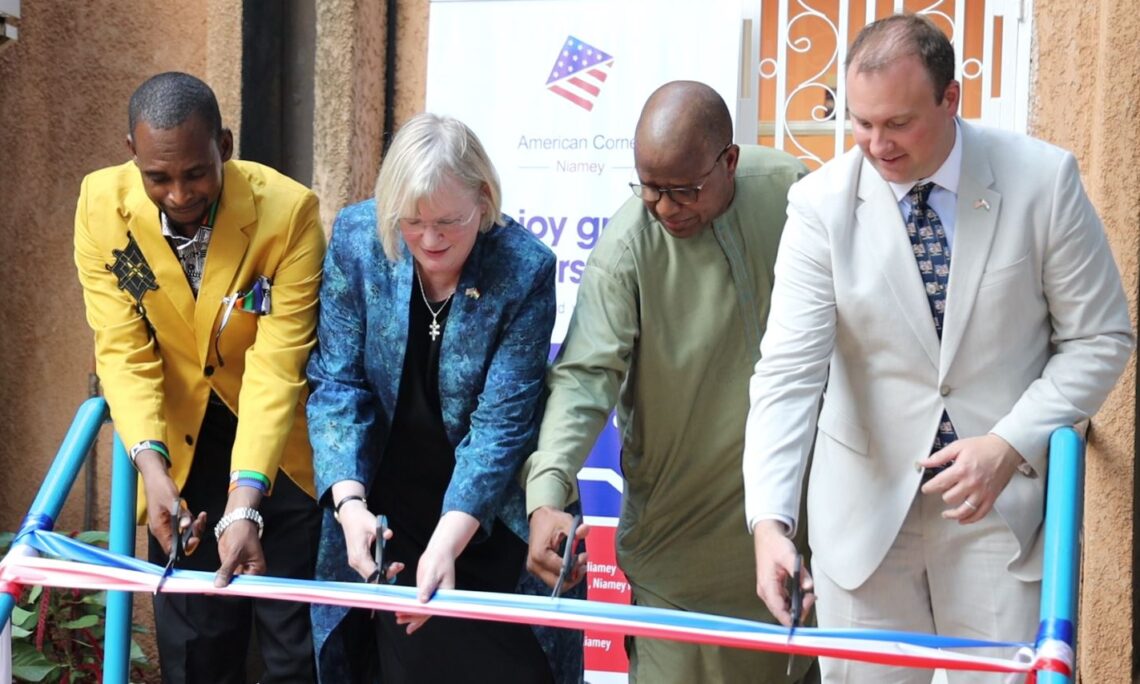 Chargé d’Affaires, a.i. of the U.S. Embassy in Niger Susan N’Garmin officiated the grand opening ceremony of the newly remodeled ACN and the return of AELP.  The ceremony included a ribbon cutting, remarks from guest speakers, testimonials from former students, and the screening of a trailer of the upcoming documentary on the history of the space. The Chargé d’Affaires, a.i.  hailed the opening as an example of America’s strong bilateral relationship with Niger, noting the wide range of programs taking place at American Corner Niamey.  “American Corner Niamey will serve as a welcoming environment where the general public will be able to visit a small part of the United States without leaving Niamey,” she said.

In his remarks, Director of Public Diplomacy and Spokesperson, Stephen E. Dreikorn, traced the building’s history dating back to its opening in the 1960s and presenting the future of the ACN as a transformation of the American Cultural Center that integrates English language instruction as requested by many Nigeriens. “I am proud that AELP has come home,” Dreikorn remarked, adding that ACN and AELP “will be the medium for the United States to share its culture while strengthening long-term cooperation.”