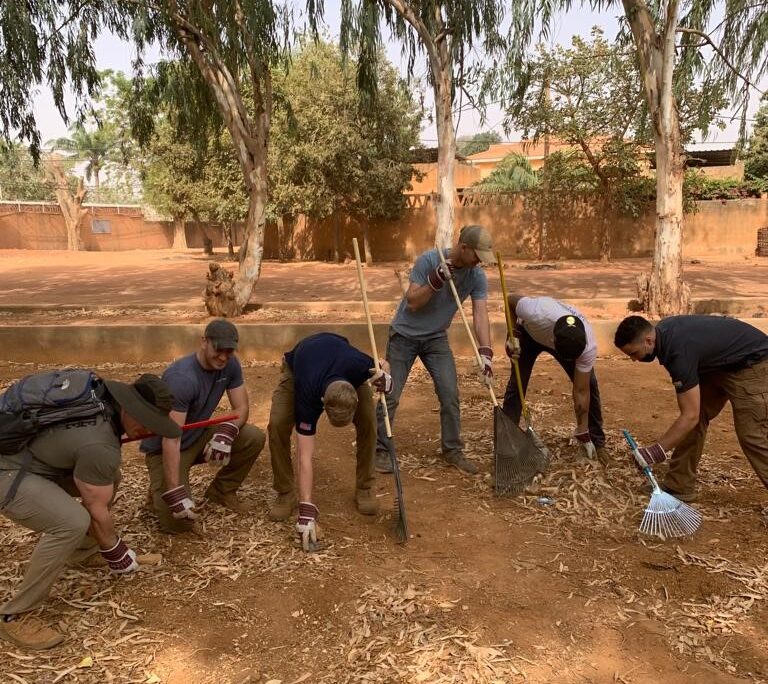 On February 5, about 60 staff members from U.S. Embassy Niamey volunteered to clean up Karano Park in the Koira Kano neighborhood of Niamey.  Both Nigerien and American employees removed trash and debris from the park.

Charge d’Affaires Susan N’Garnim explained to the press that this volunteer initiative is a representation of American volunteerism which is a central aspect of the American identity.  “Volunteerism and community service are part of the American identity dating back to the earliest years of our Republic.  As a result of centuries volunteering, we developed a very strong and widespread civil society engaged in all sorts of pursuits.  Thus, volunteerism is at core of civil society and civil activism.”

About two dozen kids from the neighborhood joined the effort which filled two large dumpsters.  Director of Public Diplomacy and Spokesperson Stephen Dreikorn stated the embassy cleaned up the park to help eliminate plastic waste and other trash before it reached the Niger River and later the oceans, noting the Biden-Harris Administration’s efforts to tackle the global plastic waste problem.  Referencing the new embassy’s LEED platinum status and its many eco-friendly features, Dreikorn affirmed the embassy is a good steward of the environment.

Volunteering and park cleanups are fun ways to give back to your community.  Charge d’Affaires shared that every third Saturday in the USA is National Park Clean up day and last year more than 2 million people participated from cost to cost.