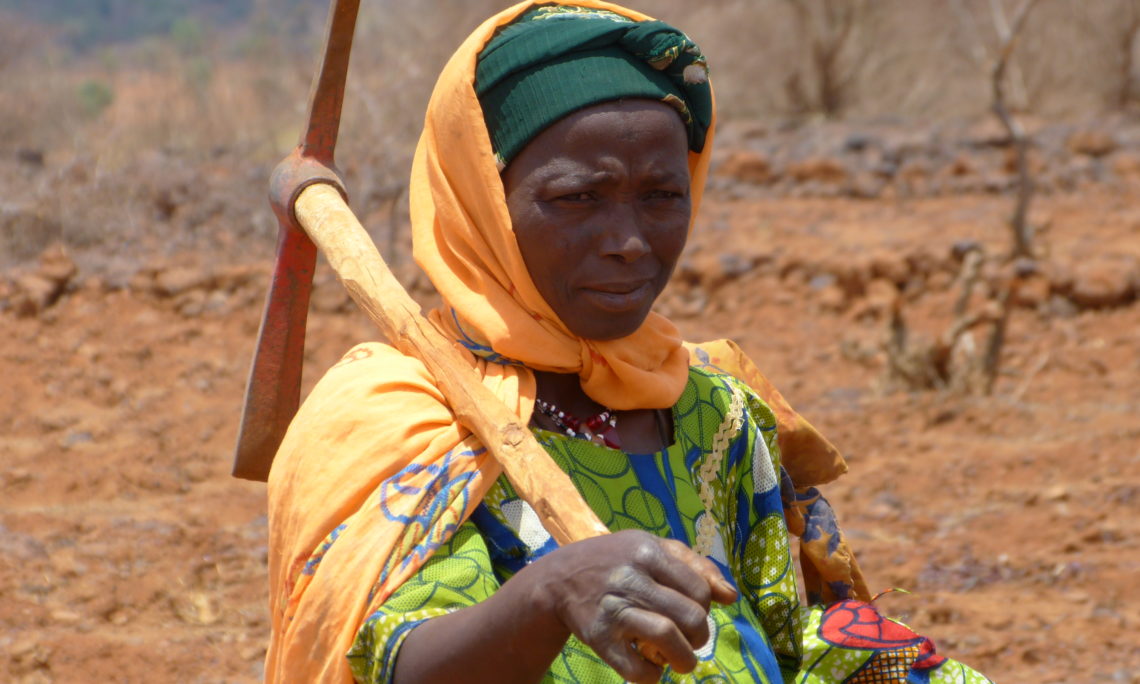 Every March 8, the global community celebrates International Women’s Day to recognize the breadth of achievements of women in every domain that contribute to a better society for everyone.  This year’s theme, “Each for Equal,” draws on the notion that collectively and individually we can each help to create a gender equal world through our actions, conversations, behaviors, and mindsets.

A gender equal world can be healthier, wealthier, and more harmonious.  The race is on for a gender equal government, gender equal media coverage, gender equal workplaces, gender equal sports coverage, more gender equality in health and wealth … so let’s make it happen by dedicating ourselves to women’s well-being, doing all that we can to help women lead healthy and productive lives.  No woman should ever be denied an opportunity because of her gender, whether it’s access to health services, education, or the right to live in safety.  This is important not only for the individual women involved, but also for Niger as a nation so that women’s contributions can assist in building a strong and more prosperous country.

There are many great Nigerien women who overcame gender bias to have a profound impact on Niger.  For example, Mariama Keita (RIP) elevated the profession of journalism as a courageous pioneer of responsible, ethical reporting.  In the past decade, two Nigeriens, Major Aichatou Issaka Ousmane (2017), and Hadizatou Mani (2009), have won the annual Secretary of State’s International Women of Courage award for exemplifying exceptional leadership in advocating for human rights, women’s equality, and social progress.  Major Ousmane also is the first Nigerien woman to graduate from the premiere U.S. Command and General Staff College in May 2019 and was awarded the United Nation’s first World Peace Prize for Military for her work in gender equality in peacekeeping while deployed with the United Nations Multidimensional Integrated Stabilization Mission in Mali.  From the Nigerien Air Force, there’s Lieutenant Ouma Mahamane Laouali, who is Niger’s first female pilot and has flown over 2,100 hours supporting combat operations against violent extremists.  Lieutenant Ouma is currently training in the United States to become a C-130 pilot, another first.  And there are countless women who run businesses in Niger that form the backbone of the economy, such as Zeinabou Maidah, the Chief Executive Officer of Nigerlait.

The United States is deeply committed to supporting women such as these and others by working with our partners to contribute to a more positive outlook for women in Niger.  The U.S. Agency for International Development invests close to $200 million each year to promote good governance and improve agriculture and food security, health, and education, including encouraging women’s literacy by persuading parents to make schooling a priority for their daughters.  Since 2018, the Millennium Challenge Compact (MCC), a $437 million, five-year partnership with Niger has been working to improve lives through better irrigation practices and expanded market access, particularly in the interior, where enhancement of women’s business skills and economic opportunity programs need more support.  Over the past two years, this program has launched reforms that will improve access to water for crop and livestock production and access to important farming inputs such as fertilizer and veterinary services that will have a positive impact on the livelihoods of rural women and the households they manage. In November 2019, I presided over the commissioning of the rehabilitated Konni irrigation system with the President of Niger and MCC has since launched a literacy program for the farmers who will use the system:  more than 4,000 farmers have signed up, 56% of which are women.

Additionally, the Embassy has sponsored hundreds of exchanges for talented and bright women to travel to the United States, often a transformative experience.  The Young African Leadership Initiative for young adults, the Fulbright program for scholars and researchers, and the International Visitor Leadership Program for professionals allow women to study, meet with counterparts, and make lasting connections with Americans.  We have assisted hundreds of women entrepreneurs and journalists through training, promoted soccer and basketball for hundreds of girls and their coaches, and helped our exchange alumnae mentor and support the next generation of Nigerien women entrepreneurs through our “Pay It Forward” micro grant program.  Additionally, the U.S. Department of Defense Civil Affairs Team conducts “Women’s Leadership Symposiums” in Agadez that provide training about business management techniques, conflict resolution, and other useful tools to start, maintain, and grow women-owned businesses.

Collectively, each one of us can help create a gender equal world.  Individually, we’re all responsible for our own thoughts and actions – all day, every day.  You can help forge a gender equal world by celebrating women’s achievement, raising awareness against bias, and taking action for equality.  You can choose to challenge stereotypes, broaden perceptions, and improve situations.  Do what you can to truly make a positive difference for women everywhere.  As Nigerien women become more empowered to create a prosperous and secure Niger, we can all say, “Le Niger se Lève.”  Barka to all!