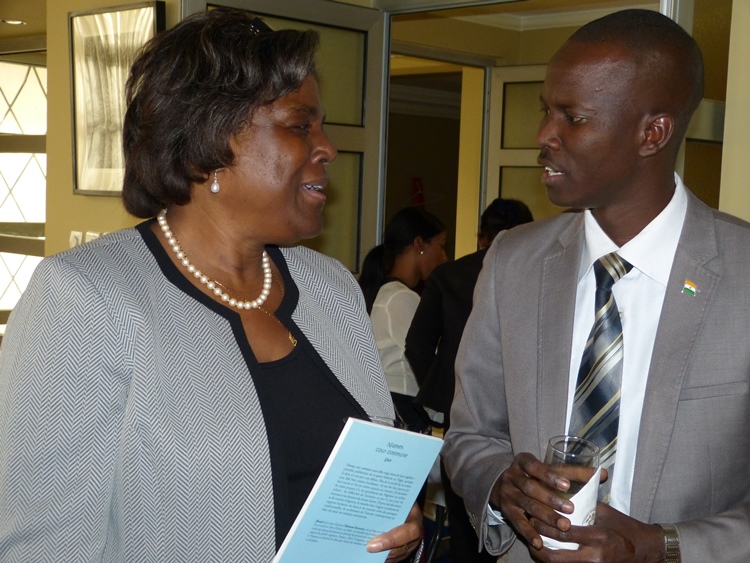 On January 21, U.S. Assistant Secretary for African Affairs, Linda Thomas-Greenfield, held a press conference at the American Cultural Center following her brief visit to Niger to attend a security summit on Nigeria and Boko Haram.  She answered questions about the support that the U.S. government is offering to the Nigerian government and its neighbors, including Niger in the fight against Boko Haram.  In response to a question about democracy in Niger, her message to the Nigerien people was to persevere in their efforts to strengthen democracy as it is a process that will take time to be institutionalized and adopted by all Nigeriens.  During her January 19-21 visit to Niger, the Assistant Secretary met with President Mahamdou Issoufou and other government officials, representatives of the civil society, USAID implementing partners, as well as, Muslim and Christian religious leaders. Assistant Secretary Thomas-Greenfield concluded her visit with a reception hosted by Ambassador Eunice Reddick where she met with young Nigerien leaders (alumni of various USG-sponsored educational and cultural exchange programs such as YALI Mandela Washington Fellowship, Access, Women2Women, and Fulbright).  Her message to them—What are you doing for others?