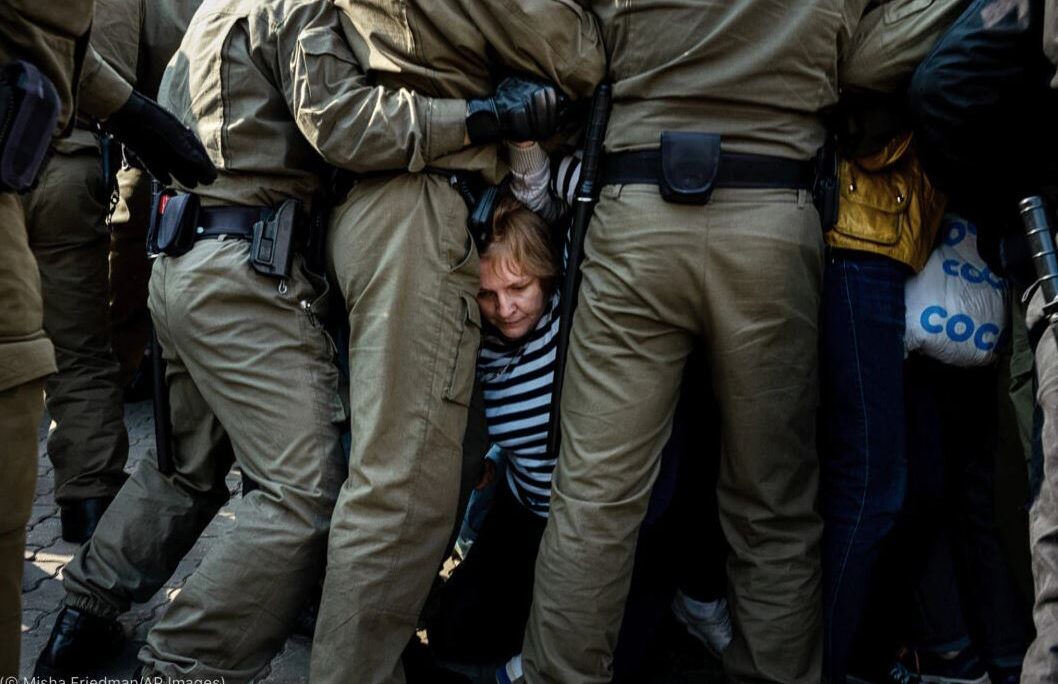 Authoritarian governments “are determined to control and manage information, and they are increasingly brazen in their efforts to do so,” Committee to Protect Journalists Executive Director Joel Simon said in December 2021, noting an increasing number of journalists behind bars. “Imprisoning journalists for reporting the news is the hallmark of an authoritarian regime.”

So far in 2022, 216 journalists and media workers have been imprisoned, according to rights groups. This follows the jailing of 294 journalists in 2021, the sixth consecutive record high. Reporters Without Borders lists Belarus, Burma, China, Iran, Russia and Syria among the worst offenders for jailing journalists in 2022.

The United Nations marks November 2 as International Day to End Impunity for Crimes Against Journalists — a day to stand in solidarity with media workers, to counter crimes and threats of violence against them and to protect freedom of expression.

Journalists recently sentenced to prison or detained for their reporting include:

Htet Htet Khine was sentenced in Burma to three years in prison with hard labor. Her lawyer has called the case against the freelance and former BBC journalist politically motivated and “filed without any evidence.”

Authorities of Burma’s military regime arrested Khine in August 2021, six months after seizing power in a February 2021 coup that prompted widespread protests. Khine is one of more than 120 journalists arrested in Burma in the year following the coup.

18 journalists covering protests in Russia were detained September 21–22 as authorities cracked down on demonstrations against Putin’s announced partial mobilization to perpetuate his war against Ukraine. Since Putin came to power, the Kremlin has arrested hundreds of journalists, including 19 currently imprisoned, forced hundreds more to flee the country, and labeled over 180 media outlets or reporters “foreign agents,” subjecting them to harassment and fines.

The United States funds Radio Free Europe/Radio Liberty and Radio Free Asia to provide independent news in countries where a free press is threatened. It also works to protect journalists around the world, with efforts including: