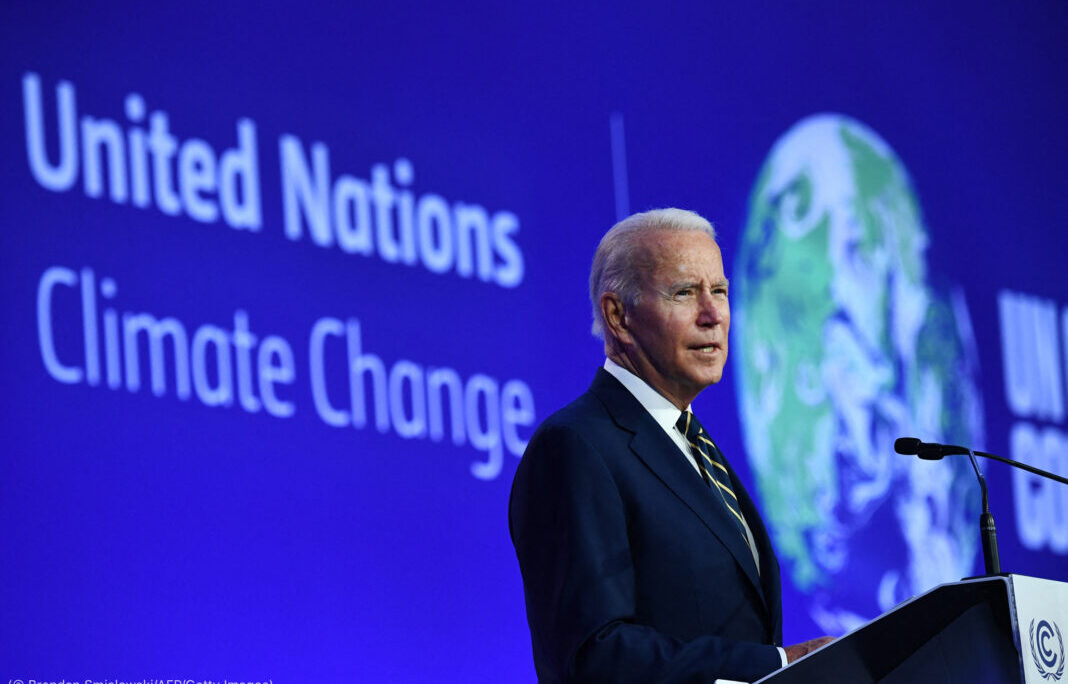 TOPSHOT - US President Joe Biden delivers a speech on stage during a meeting at the COP26 UN Climate Change Conference in Glasgow, Scotland, on November 1, 2021. - COP26, running from October 31 to November 12 in Glasgow will be the biggest climate conference since the 2015 Paris summit and is seen

The United States is working on climate-crisis solutions with countries around the world at the 2021 United Nations Climate Change Conference (COP26) in Glasgow.

For two weeks in November, COP26 brings together thousands of people to step up the collective response to the crisis, said Secretary of State Antony Blinken.

“This is a decisive decade,” Blinken said on November 1 at the U.S. Center’s COP26 opening. “We’ve got to make it count.”

Heads of state, diplomats, private businesses and private citizens are convening at COP26 over two weeks to discuss climate issues and solutions.

The U.S. Center in Glasgow brings together leaders from governments, businesses and civil society to showcase the United States’ commitment to an all-of-society approach to tackling the climate crisis.

The U.S. State Department is already integrating climate policies into its diplomacy efforts worldwide. Last week, Blinken announced new Foreign Service positions that will be dedicated to working on climate issues. There will be one position in every regional bureau and in critical posts overseas, such as India and Brazil.