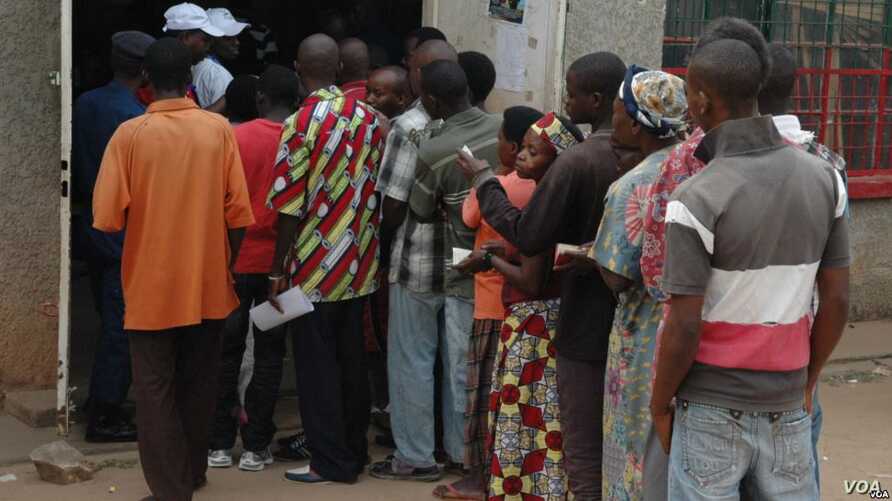 Each September 15, the international community celebrates the International Day of Democracy, that marvelous form of government where the population, generally through elected representatives, chooses how to govern itself.  In the United States, we say that the government is of the people, by the people, for the people.  Democracy may have challenges, but I believe it’s by far the best system of government available today.

Maintaining democracy is not easy.  Occasionally, the United States struggles with forming a perfect union as you can see by the recent unrest in Wisconsin, but we strive continually to make our society better, and democracy gives us the basis for doing that.  Democracy requires an educated and informed citizenry that participates actively in government service through civil society volunteerism and voting.  It also requires that the government be accountable to its people.  By upholding the ideals of democracy, we ensure liberty and self-determination to ourselves and future generations.

In addition to self-governance, Americans are unified by other common values such as freedom, equality, and diversity.  We are a nation of immigrants with diverse languages, cultures, and ethnicities.  Despite our many differences, we nonetheless stand united as a people.  Niger is quite similar in this respect, in forming a nation with diverse cultures and ethnicities living side-by-side in tolerance and peace.  Indeed, Niger is known for its strong sense of national identity and social cohesion.  Moreover, the United States and Niger will exercise democracy by holding presidential elections in the coming months.

This is a momentous year for Niger.  Not only for the first time in 40 years is Niger holding the presidency of the United Nations Security Council, in a few short months, Nigeriens go to the polls to elect new representatives, including a new president.  I commend the government of Niger for working towards free, fair, transparent, inclusive, and participatory elections.

The U.S. Embassy is committed to working with Niger because we share common goals to advance democracy, encourage economic development, and enhance security in the Sahel.  Some of our current initiatives that are making a difference in Niger include the Millennium Challenge Corporation Compact, the $437 million, 5-year agricultural productivity program with Niger, which has introduced reforms that will improve access to water for crop and livestock production and access to important farming inputs such as fertilizer and veterinary services.  These changes will have a positive impact on the livelihoods of an estimated 3.9 million Nigeriens, including millions of rural people and the households they manage.

The U.S. Agency for International Development (USAID) invests nearly $200 million annually, including $18 million for the U.S. President’s Malaria Initiative (PMI).  USAID programs focus on agriculture, food security, democracy, education, health, and conflict management, all of which contribute to Niger’s development.  USAID also supports the Government of Niger’s efforts in the areas of good governance, shelter, water, sanitation and hygiene, and humanitarian protection activities for the most vulnerable populations affected by conflict.  The PMI program supports the Ministry of Public Health for malaria control and prevention to combat this terrible and deadly disease.

Our exchange programs contribute to mutual understanding between Americans and Nigeriens.   The Young African Leaders Initiative (YALI) for young adults, the Fulbright program for scholars and researchers, and the International Visitor Leadership Program for professionals are just a few of the many opportunities we offer.  Since 1960, more than 500 Nigeriens have traveled to the United States to participate in these exchanges in a variety of fields.

Through joint training exercises and operations, our defense and law enforcement colleagues work with the Nigerien defense and security forces to develop and sustain their professional force, counter regional threats and criminal activities, and contribute to peacekeeping operations.  They also provide training and equipment such as the trucks, tents, and communications gear for use in the G5 Sahel Joint Force.  The United States respects Niger’s national sovereignty and territorial integrity, both important elements for a government in a democracy, and understands the importance of security, given rising threats in the region.

I believe that through these initiatives and others, Americans and Nigeriens are working together for  good governance, development, and security.  I hope all eligible Nigeriens exercise their right to vote in the upcoming elections.  I believe in Niger and its people and look forward to celebrating by your side as we both hold our respective elections and we elect our next presidents.  This day of celebration of democracy and Niger’s leadership on the world stage  are just two reasons that we at the Embassy say “Le Niger se lève” as we work together for a prosperous and secure future for Niger.