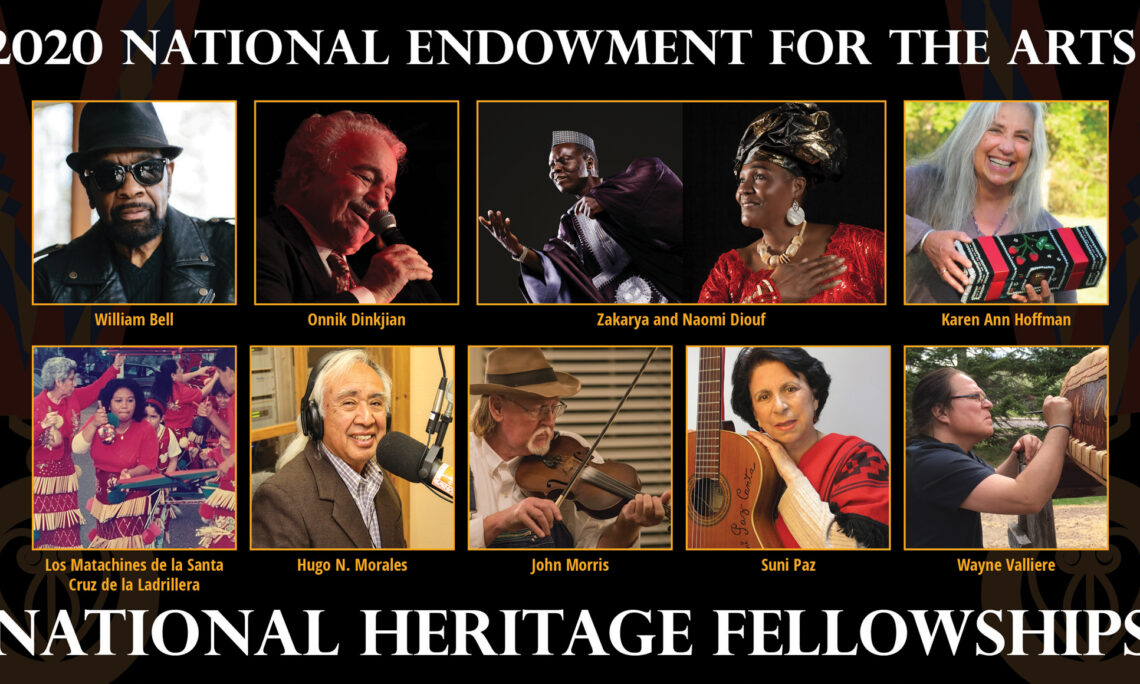 From fiddle and blues music to Native American beadwork and canoe building, a March 4 celebration by the 2020 National Heritage Fellows showcased many forms of American folk and traditional arts.

Acting Chairman of the National Endowment for the Arts Ann Eilers praised the fellows’ art for illustrating that “there are many versions of American life, and each one extraordinary and each one critical to the strength and vibrancy of our nation.”

For the virtual event, the 10 fellows welcomed film crews into their workspace to explain their art and why they were called to do it.

Mino-Giizhig (Wayne Valliere) of the Lac du Flambeau Ojibwe tribe is one of several remaining Native American birchbark canoe builders. He says that once there were so many canoes on Wisconsin waterways, they looked like modern-day highways teeming with car traffic. Mino-Giizhig says he has spent his life dedicated to the craft and is teaching an apprentice to continue the tradition when he’s gone.

William Bell, a soul singer and songwriter originally from Memphis, Tennessee, teaches music lessons to and mentors younger generations of soul musicians — when he’s not touring the world or recording records. Bell was the first solo act to sign at Stax Records in the 1960s and helped popularize the world-renowned “Memphis sound” of Southern soul music.

“The arts provide a unique opportunity to celebrate life, experience joy, and are a powerful antidote against bigotry, hate and division,” Eilers concluded. “This is especially true for the folk and traditional arts.”

Learn more about the fellows and their folk and traditional art practice here.