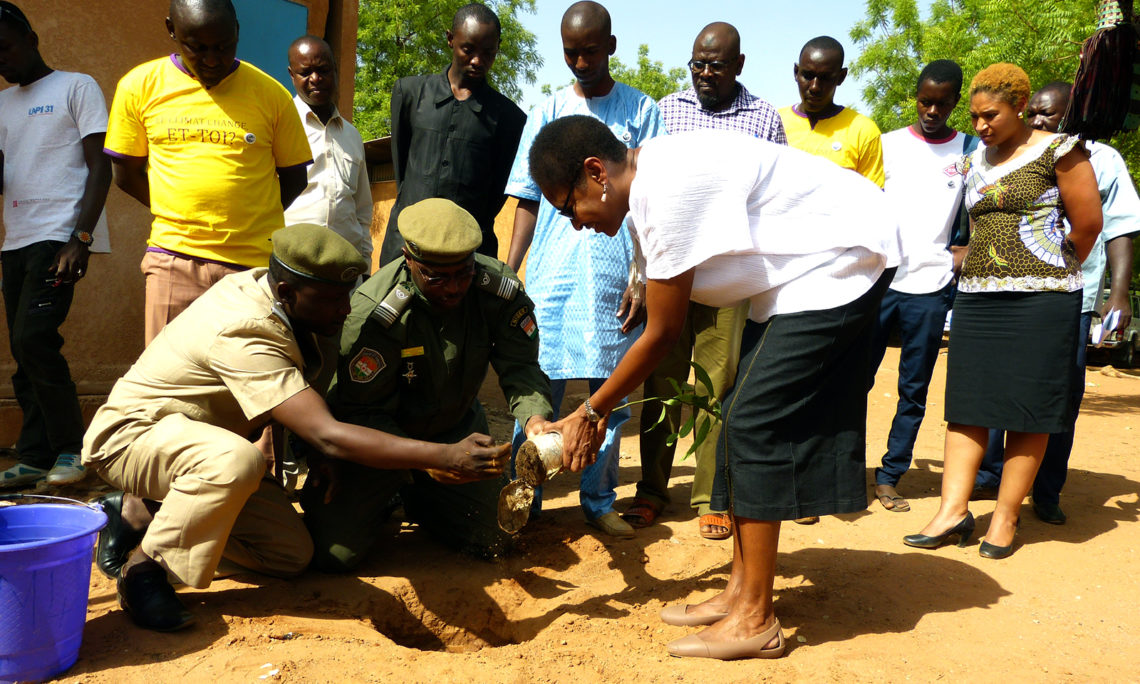 For the second year in a row, PAS co-sponsored a tree planting ceremony in honor of Earth Day with a local NGO, Jeunes Voluntaires pour l’ Environment (JVE Niger). JVE is represented throughout the country and its Executive Director, Sani Ayouba, is a 2014 Mandela Washington Fellow who represented Niger at the COP21 talks in Paris. JVE Niger creates “green clubs” in multiple secondary schools across the country to encourage youth to organize educational activities and programs focused on the environment. On April 22, the Earth Day event brought together several JVE Niger green clubs at a local school for a day of speeches, skits, dance performances, and poems focusing on the environment. This year’s program included a photo contest and prizes consisted of solar lamps and Nouveaux Horizon books. As a part of the program, the Ambassador gave remarks and participated in a tree planting ceremony.