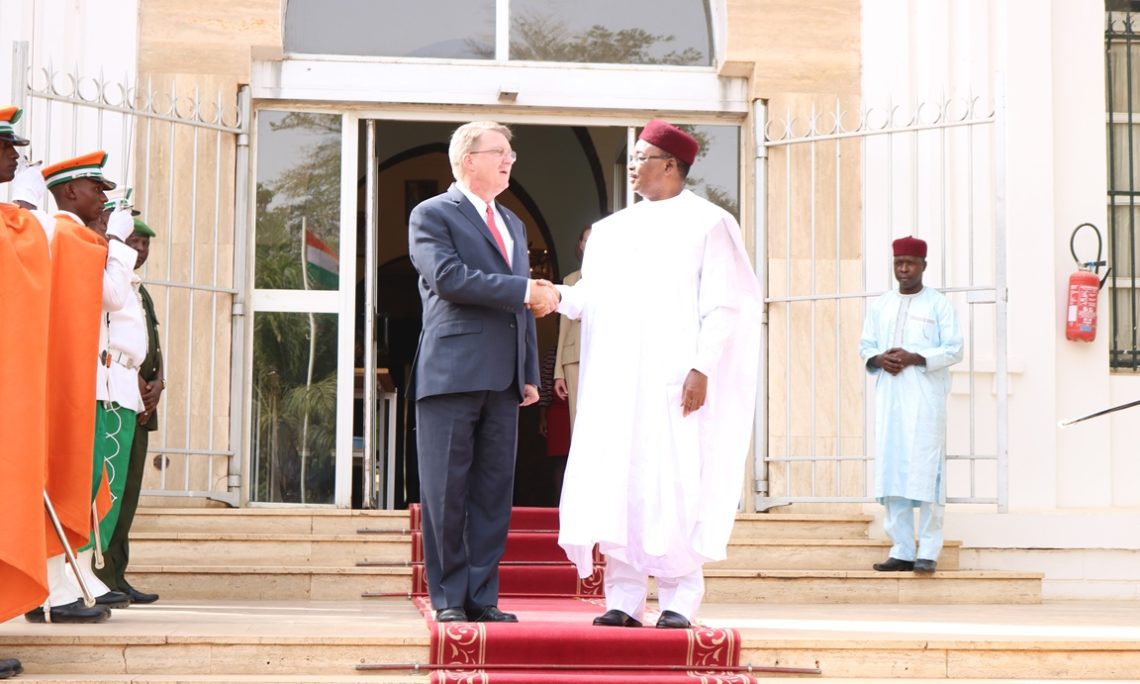 United States Ambassador to the Republic of Niger

Having served as Deputy Chief of Mission and then as Chargé d’Affaires at the U.S. Embassy in Niamey, Niger from 2008-2010, Ambassador Whitaker most recently joined the Bureau of African Affairs Front Office as Acting Deputy Assistant Secretary in January 2017 with East African Affairs, Sudan, and South Sudan portfolios.  His previous position was Director of East African Affairs.

From October 2012-2014, he served as Deputy Chief of Mission at U.S. Embassy N’Djamena, Chad.  Prior positions include Foreign Policy Advisor (POLAD) to the U.S. military in Djibouti, and Counselor for Economic Affairs at Embassy Nairobi, Kenya.   Ambassador Whitaker also served as an Embedded Provincial Reconstruction Team (E-PRT) Leader in Baghdad, Iraq, heading an eight-member team composed of State, USAID, and DoD civilians.

Ambassador Whitaker has a BS in biology and an MS in community health education from the University of Illinois, a Master of Public Administration degree from the University of Pittsburgh, and a Master of Public Policy degree from the Wilson School at Princeton University.  Prior to the Foreign Service, he served as a Community Health Development Peace Corps Volunteer in the Philippines and as Assistant to the City Manager for the City of Lodi, California.