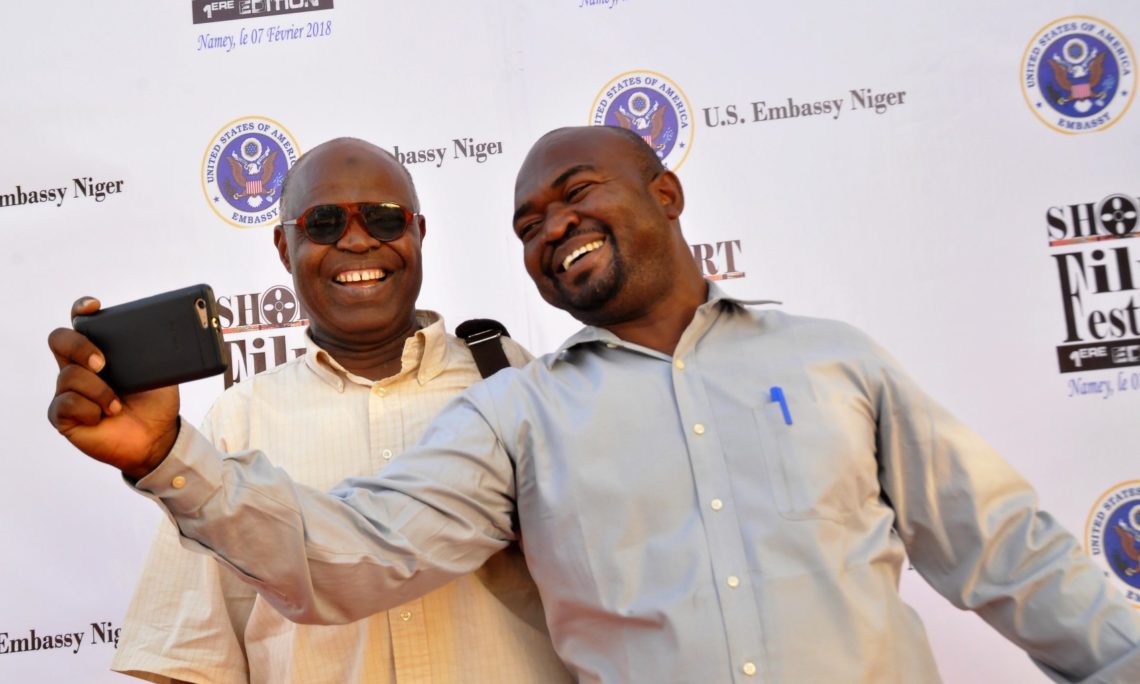 Hollywood came to Niger on February 7, when the Embassy-sponsored Short Film Festival featured the work of six young filmmakers.  Several of the films were developed during an Embassy workshop held in association with American Film Showcase in September 2017. Others were created with Embassy-sponsored grants.

All films focused on countering violent extremism and equality of the sexes – two topics of great importance to the youth of Niger, as pointed out by Ambassador Whitaker.   At the end of the evening, the audience voted on two winning films: The winning films were Vaneri, a documentary on women entrepreneurs in Agadez and Wayboara.gna, a fictional story of a man who learns to appreciate his many daughters.

Event participants walked the red carpet, had their photos taken and enjoyed popcorn while viewing the films. “ Americans and Nigeriens enjoy a shared love for filmmaking,” said Ambassador Whitaker. “As both our countries agree, filmmaking is exciting and dynamic. It allows us to do what is truly important –freely express ourselves as we tell a story.”