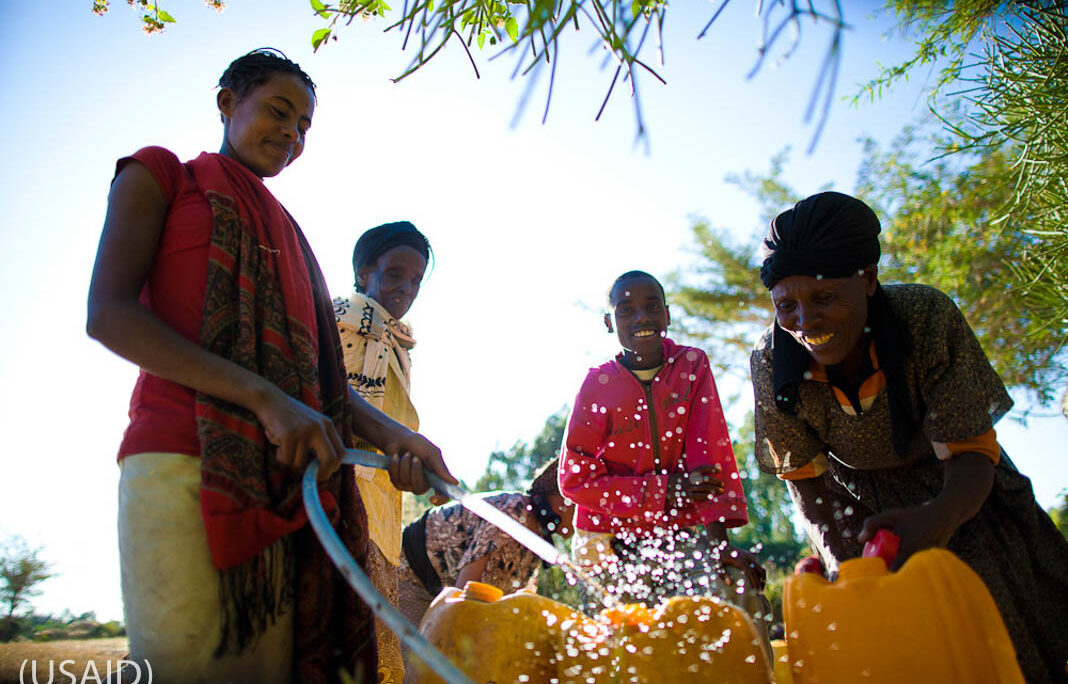 MOJO, ETHIOPIA - DECEMBER 12, 2011: Mr. Abebaw Gessese received a $128,000 loan from Dashen Bank thanks to USAID's Development Credit Authority's 50% credit guarantee. The loan enabled him to expand his poultry farm and employ more workers (half of which are women), add to the country's economy,

Ever since she was 10 years old, Fadji Maina knew she wanted to find solutions to water-scarcity problems, especially those in Zinder, Niger, where she grew up.

Maina took a giant leap toward her goal earlier in September when she began work as a computational hydrologist at NASA’s Goddard Space Flight Center. She became the space agency’s first Nigerien scientist.

At NASA, Maina, 29, uses mathematical models and remote-sensing products to study the impact of climate change on water, a job she secured after applying for it online. She’s starting to look at water in Asian mountains, which are sensitive to climate change, because more than 1 billion people rely on the water there, she says.

It was Maina’s childhood in Zinder that made her so acutely aware of water issues. Although it’s one of the largest cities in the country, Zinder is well known for water scarcity, a problem that Maina says is worsening with climate change.

Growing up in the former French colony, Maina saw many households that didn’t have running water and families that sent girls out to find water from a lake or for sale by neighbors who had a tap.

Maina says it’s no accident girls that bear this responsibility.

“People think that the boys should go to school or go to work and the girls should find water and come back [to do] cooking and cleaning,” Maina says. The situation fuels her ambition to succeed. “[Girls] don’t have time to go to school, she says. Girls’ education is one more problem that comes from climate change — “I have seen that.”

Maina feels lucky. Because her parents had tap water, she could focus on her studies. But she remembers lines of more than 40 girls with buckets standing outside of her house, especially during the dry season when the sun was blazing. From a young age, Maina wanted to help. As she grew up, she realized there are water issues all over the world and that NASA would allow her to tackle them on a global scale.

That path was not always clear to her, she says. “I wanted to help with water issues, but I didn’t realize you had to have a Ph.D. and work in science.”

Before joining NASA, Maina earned several accolades for her work. She landed on Forbes’ 30 Under 30 2020 Science list for her postdoctoral research work at Lawrence Berkeley National Laboratory in Berkeley, California. (Forbes is an American business magazine that covers finance, industry, investing and marketing topics. A four-member panel of experts in scientific fields selected this year’s winners.)

“I was very shocked when I saw it,” says Maina, adding that she’s used to people from Nigeria appearing on the annual list, but not anyone from Niger.

But she should be used to the fact that she has often been the first Nigerien woman to clear new hurdles. She hopes to use her life to show her fellow citizens, especially women and girls, that they can make it, too.

“I want to inspire,” she says.