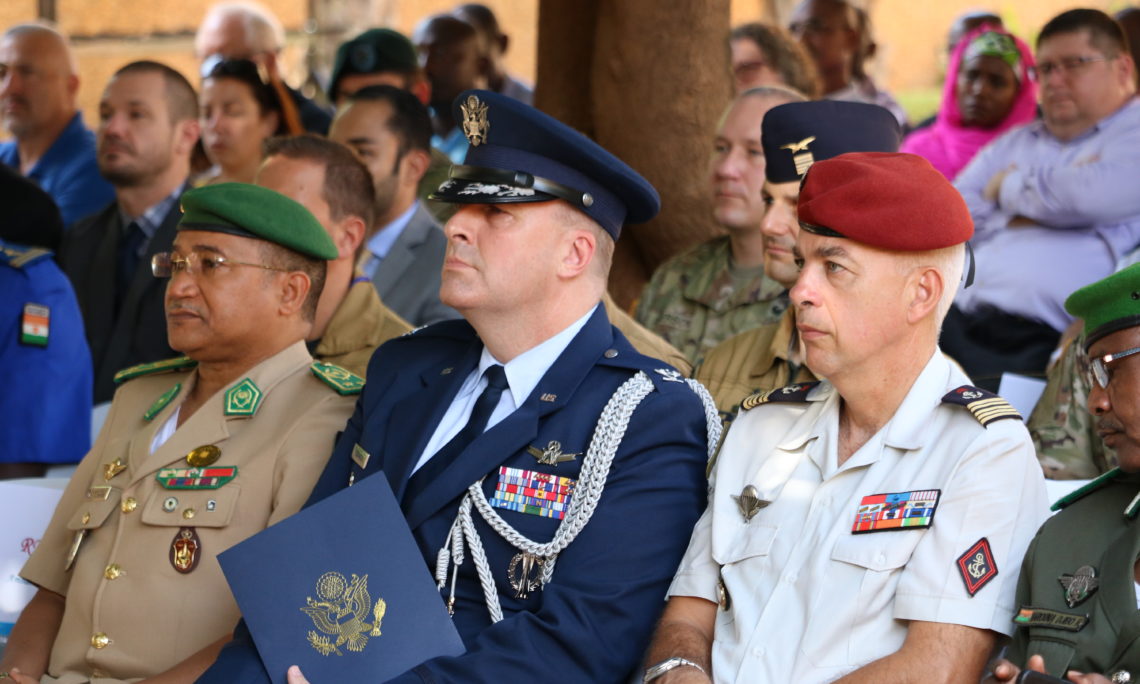 Two years ago, we were saddened to hear the awful news that an attack on October 4, 2017 near Tongo Tongo had taken the lives of four Nigerien and four American soldiers.

The men who were lost knew that there were risks in donning a military uniform and working in distant locations far from home in order to improve security for the people of Niger and the Sahel region, but they faced these risks proudly and heroically.  When these soldiers fell, we were reminded of the shared sacrifice that our service members make every day to counter extremist organizations, deny them safe haven, and put an end to their destabilizing activities.

We wish for these heroes to rest in peace as we honor them.  Of course, we can never fully repay the debt we owe, but we can remember their ultimate sacrifice and continue upholding the ideals for which they stood.

To this end, the United States remains committed to training Niger’s defense and security forces and providing them the equipment necessary to counter regional threats and deter criminal activity as part of our strong bilateral partnership.  Our U.S. military and defense colleagues work with Nigerien military and police throughout the country to enable Niger’s defense and security forces to develop and sustain a professional cadre, contribute to peacekeeping efforts, and provide for enhanced capabilities in border security, forensics, investigative capacity, and intelligence gathering.  We also assist in training law enforcement officials and first responders to increase their capabilities and capacity to detect, deter, disrupt, and investigate terrorist activities.

Our work with the defense and security forces is just one part of the “3D” approach – diplomacy, development, and defense – that the United States has dedicated itself to in Niger to help achieve our mutual goals.  Our development work through the U.S. Agency for International Development, Millennium Challenge Corporation, President’s Malaria Initiative, and Feed the Future food security initiative ranges from improving agriculture and food security to protecting democracy and human rights to sustaining economic growth, reducing poverty, preventing and treating malaria, and helping communities deal with the threat of violent extremism.  We assist Niger with development because we recognize that ultimately, there can be no security without development, and development cannot succeed without security.  And our bilateral relationship has never been stronger.  I believe there’s no more compelling evidence of an enduring partnership between Americans and Nigeriens than the tragedy of blood spilled by our soldiers together on the battlefield two years ago.

Through our various initiatives, we honor the men who fell by showing that they did not die in vain – rather, they were heroes who furthered our continuing efforts to achieve peace and freedom.