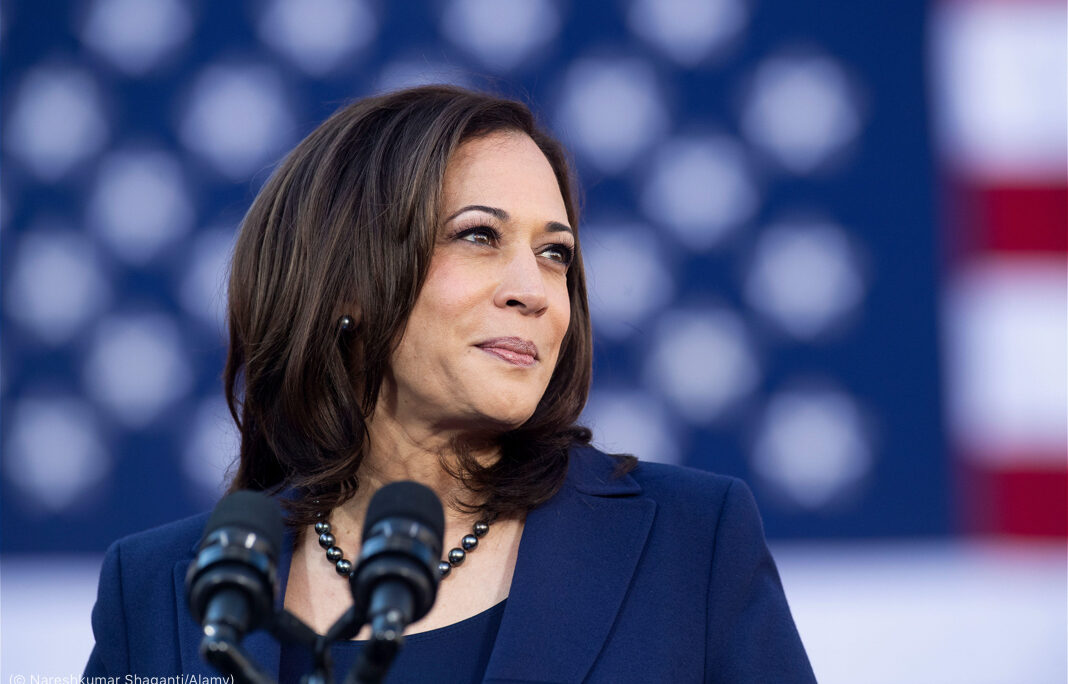 Kamala Devi Harris, a senator who has represented California in the U.S. Congress since 2017, will break barriers when she is inaugurated as vice president of the United States on January 20.

She will be the first woman — and the first person of African, Jamaican and South Asian ancestry — to occupy that position.

“While I may be the first woman in this office, I will not be the last — because every little girl watching tonight sees that this is a country of possibilities,” Harris said on November 7, 2020.

Born in Oakland, California, in 1964, Harris is the daughter of immigrants. Her father, Donald Harris, originally from Jamaica, is a retired economist. (He and his wife divorced when their two daughters were young.)

Harris says she was raised to believe in the promise of America. Her mother, Shyamala Gopalan Harris, originally from India, was a civil rights activist and a breast cancer researcher who told her children: “Don’t sit around and complain. Do something.” Harris’ mother died in 2009.

Harris graduated from Howard University, a historically Black university in Washington, and earned a law degree from the University of California, Hastings College of Law.

In 2010, Harris became the first Black woman to be elected California attorney general, overseeing the country’s second-largest Justice Department, behind only the U.S. Department of Justice.

In 2014, Harris married attorney Douglas Emhoff and became stepmother to his children, now young adults. (Emhoff, in addition to taking on the role of second gentleman, will join the faculty of the Georgetown University Law Center in Washington this month.)

As a senator, Harris served on the Senate’s Homeland Security and Governmental Affairs Committee, the Select Committee on Intelligence, the Judiciary Committee and the Budget Committee.

She has said that her priorities as vice president will be to help President-elect Biden to end the COVID-19 pandemic, expand economic opportunities and health care, tackle the climate change emergency, confront terrorism and systemic racism, and work closely with international allies on shared concerns.

Biden, when introducing Harris at the Democratic National Convention in 2020, said: “I will have a great vice president at my side.”