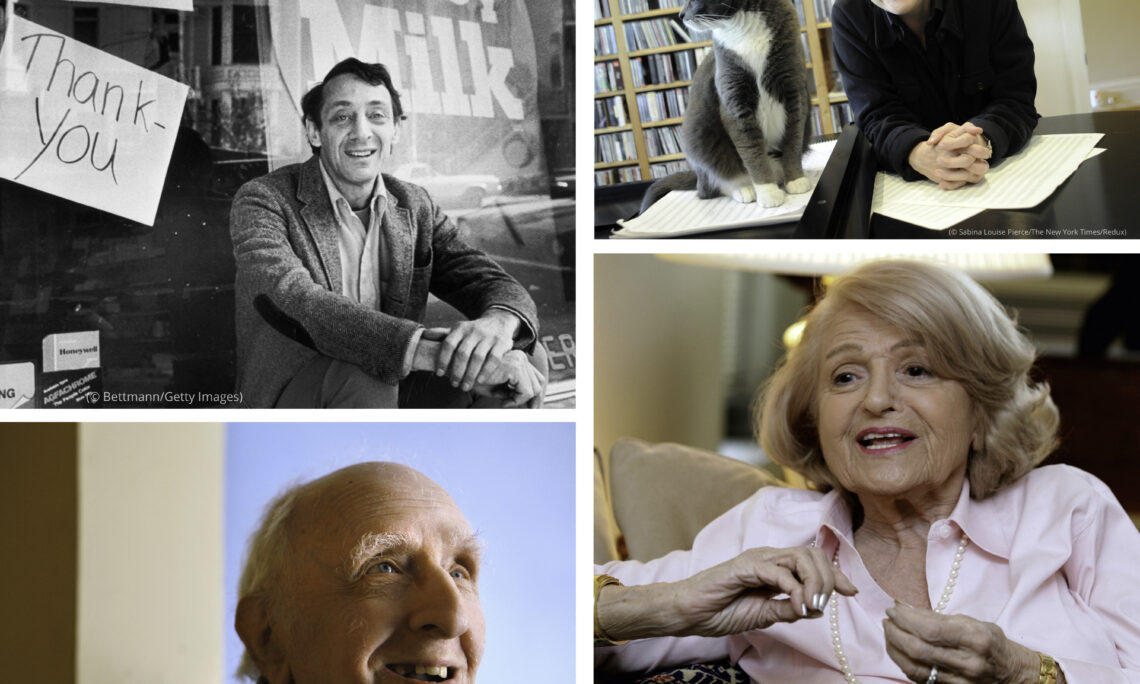 Members of the LGBTQI+ community in the United States and around the world have established an impressive legacy in art, history, literature, math, science and politics.

Over the years, LGBTQI+ figures took significant risks to enter and succeed in competitive fields, knowing their identities could jeopardize their own careers or those of others. Despite discrimination and harassment, LGBTQI+ people have made vital contributions to societies throughout history.

Today LGBTQI+ individuals are leaders in several nations. Among them:

In the United States, Harvey Milk was the first openly gay politician to hold elective office in California. He was elected to the San Francisco Board of Supervisors in 1978. He was murdered the following year by a rival politician but remains a symbol of courage. In 2016, the U.S. Navy named a ship after Milk.

As of June 2021, LGBTQI+ elected officials in the United States numbered nearly 1,000.

The Biden administration includes the highest number of LGBTQI+ officials in the nation’s history. Among them:

Some leading arts and literary figures had to be discreet about their sexual orientations or gender identities, while others were outspoken (see photos above).

Other notable writers include Americans Walt Whitman, whose Leaves of Grass was first published in 1855, and James Baldwin, known for Notes of a Native Son in 1955 and other works.

In music, notable community figures include:

Hollywood made the 2014 Oscar-winning film called The Imitation Game, which introduced many people to Alan Turing, a prominent English mathematician who broke Nazi German codes during World War II. He is considered a founder of today’s computer science field.

In the United States, Frank Kameny is considered a gay rights pioneer. The U.S. Army Map Service had fired Kameny at a time when the federal and state governments prohibited gay people from serving in government. While Kameny lost his 1961 employment case, it was the first that the Supreme Court considered on sexual orientation.

Others in the LGBTQI+ community who fought for U.S. workers’ rights:

Jim Obergefell was the lead plaintiff in the U.S. Supreme Court’s 2015 landmark decision recognizing same-sex-marriage. When Obergefell’s partner died in 2013, Obergefell sued to be designated as a legal spouse.