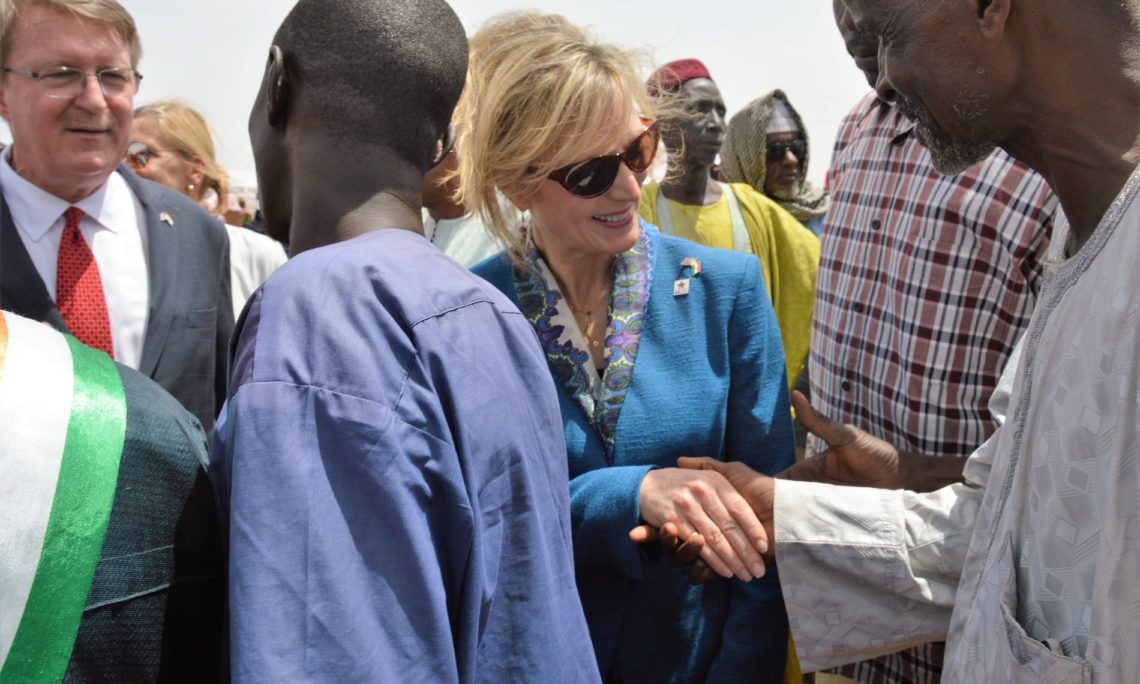 “The United States—through the Millennium Challenge Corporation, USAID, and the U.S. African Development Foundation—is committed to aligning its resources and programs to support Niger’s national strategies that improve performance in the agricultural sector, increase food security, and enhance community resilience.  When we work together and coordinate our programming, these U.S. Government agencies, along with the efforts of the Government of Niger, can and will make a difference,” said Eric Whitaker, U.S. Ambassador to Niger.

“We are pleased to celebrate the launch of MCC’s compact with Niger,” Vice President and General Counsel Jeanne Hauch said. “MCC’s investment strengthens the agricultural sector in Niger and it will open up new markets for goods. The goal is to create the right environment for private sector investment and to increase opportunities for Nigeriens, especially women and youth.”

MCC’s Niger Millennium Challenge Compact, created in partnership with the Government of Niger, addresses major constraints to economic growth and investment in Niger, including a lack of reliable access to water for agricultural use and livestock and lack of access to markets. The MCC compact includes investments in a sustainable water supply, agricultural production, new infrastructure to improve market access, and management of natural resources, while seeking to empower entrepreneurs and small business groups. The compact will provide agricultural productivity and literacy training, with a focus on women and youth. MCC’s investments have the potential to benefit more than 3.9 million people, including women and youth.

MCC and the Government of Niger signed the Compact on July 29, 2016. Implementation of the Compact started in January 2018, and will be completed within a strict five-year timeline.