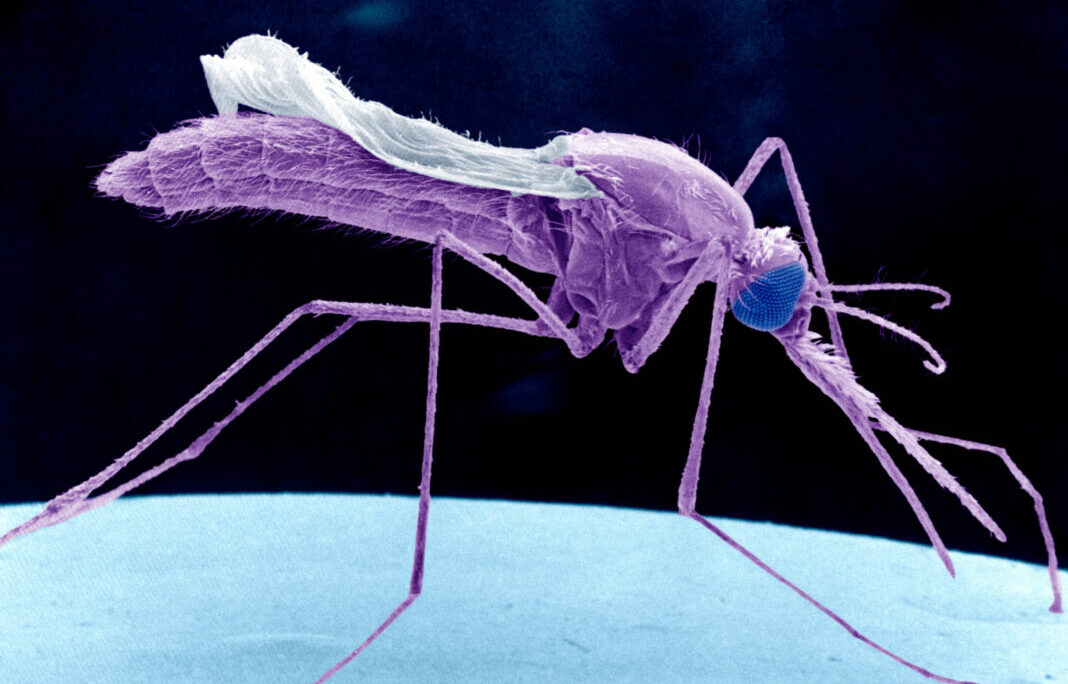 Anopheles Is A Family Of Mosquitoes. The Anophelines Subfamily Includes A Large Number Of Species Including The Mosquitoes Which Transmit Malaria And Certain Types Of Encephalitis. Each Individual Has Two Eyes With Multiple Facets, A Trump, And Two Antennae. The Wings Arise From The Abdomen. Anophel

Each year, 3.4 billion of us are at risk of contracting malaria from an infected mosquito.

But that may change. University of California scientists have devised a revolutionary way to fight the mosquito-borne disease, using the insects’ own DNA.

How? Researchers Anthony James, Ethan Bier and Valentino Gantz teamed up to edit mosquito genes using a tool known as CRISPR. (That’s short for “Clustered Regularly Interspaced Short Palindromic Repeats.”) Replacing specific genetic material, they killed the parasite that causes malaria. Even better, the modified mosquitoes passed the malaria-fighting genes on to their offspring. After the gene spreads to the entire mosquito population, the insects — and any people exposed to them — will be malaria-free.

A future of zero malaria?

While medicines like artemisinin have helped cut the malaria death rate by 60 percent, newly resistant strains threaten to reverse that progress. Genetic engineering “can bring us to zero [cases],” says Nora Besansky, a geneticist at the University of Notre Dame. “The mosquitos do their own work [and] reach places we can’t afford to go or get to.”

Although scientists have been able to modify genes since the 1970s, the CRISPR method is more precise and less expensive than any previous technique. In 2015, the international journal Science named it “Breakthrough of the Year.”

CRISPR may offer benefits beyond eradicating malaria. One day, it may help scientists conquer genetic diseases like cystic fibrosis, sickle cell anemia and muscular dystrophy. It could even save the banana from extinction.

Scientists are still hard at work in their labs and conferences to ensure that CRISPR genetic technology is developed and used in an ethical and safe manner. (In May, the World Health Organization issued guidance for responsible research into modified mosquitoes.)

While the method is being refined, the U.S. continues to support local malaria-fighting efforts through the President’s Malaria Initiative, which launched in 2005. The initiative focuses on insecticide spraying and on providing medication and treated bed nets to areas at risk. The anti-malaria campaign aims to end malaria by 2040–2050.