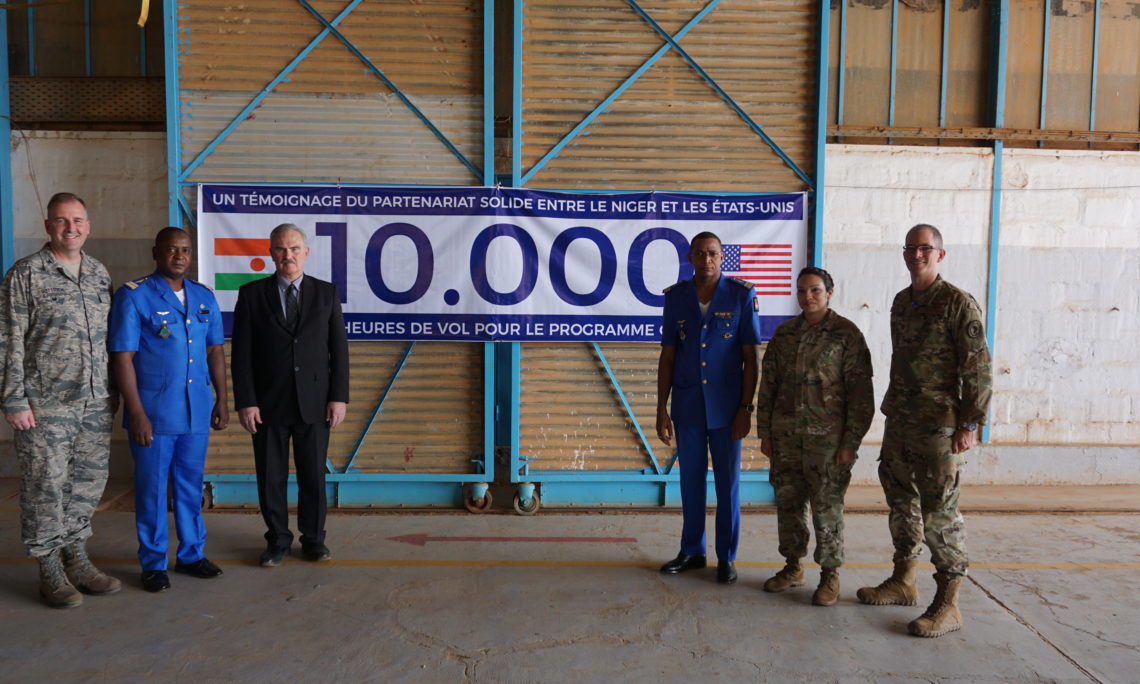 On 16 March, the U.S. Embassy’s Office of Security Cooperation co-hosted a “10,000 flight hour” celebration with the Nigerien Air Force at Air Base 101 in Niamey, Niger to mark the passage of 10,000 total flight hours without incident for the Nigerien Cessna-208 fleet. Niger’s Cessna program, which began in 2013 with the U.S. donation of two casualty evacuation aircraft and two designed for conducting intelligence, surveillance, and reconnaissance, is a flagship of both the United States’ total package approach to security cooperation and Niger’s commitment, willingness, and strength as a security partner. Since 2013, the United States has provided more than $45 million USD in spare parts, training, advisors, and infrastructure to support this program.   Deputy Chief of Mission Jay Zimmerman and Chief of the Nigerien Air Staff, Colonel Boulama, both remarked on the strength of the U.S.-Nigerien partnership and highlighted the tremendous effort put forward by the Nigerien Air Force pilots and maintenance staff to reach this significant operational milestone. Niger’s Cessna program is critical to conducting security missions and medical evacuations for both the Nigerien military and civilian population.