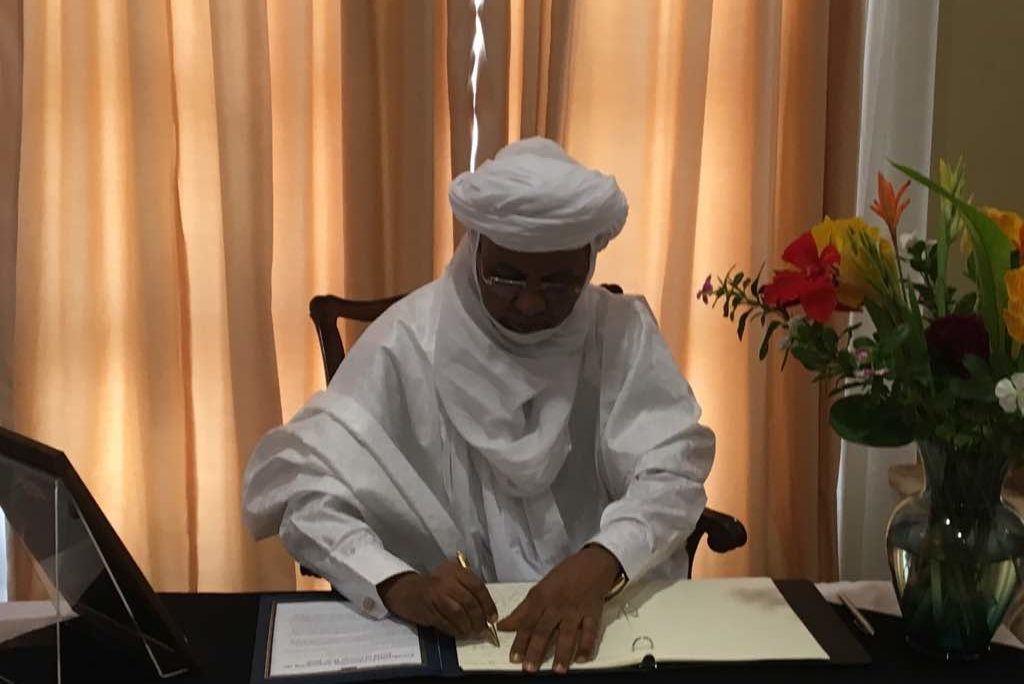 On Friday, December 7, Prime Minister Brigi Rafini of Niger signed the condolence book for President George H.W. Bush.  The Prime Minister was accompanied by a large delegation from his cabinet as well as Deputy Foreign Minister Lamido Housseini Salamatou Bala Goga.  The signing occurred following a brief statement by Ambassador Eric P. Whitaker acknowledging the loss of one of America’s great patriots and a statement by the Prime Minister emphasizing the strength of United States-Niger relations.