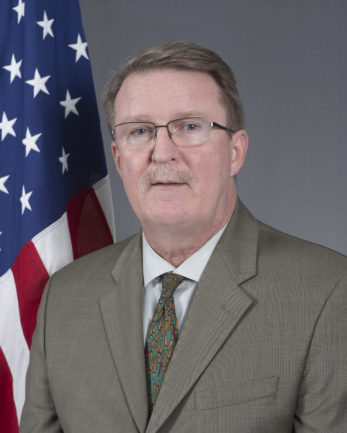 United States Ambassador to the Republic of Niger

From October 2012-2014, he served as Deputy Chief of Mission at U.S. Embassy N’Djamena, Chad, before returning to the Department of State.  Prior to that, he served as Foreign Policy Advisor (POLAD) to the U.S. military in Djibouti, and as Counselor for Economic Affairs at Embassy Nairobi, Kenya.  From 2008-2010, he served as Deputy Chief of Mission and then as Chargé d’Affaires at the U.S. Embassy in Niamey, Niger.  Ambassador Whitaker also served as an Embedded Provincial Reconstruction Team (E-PRT) Leader in Baghdad, Iraq, heading an eight-member team composed of State, USAID, and DoD civilians.

Ambassador Whitaker has a BS in biology and an MS in community health education from the University of Illinois, a Master of Public Administration degree from the University of Pittsburgh, and a Master of Public Policy degree from the Wilson School at Princeton University.  Prior to the Foreign Service, he served as a Community Health Development Peace Corps Volunteer in the Philippines and as Assistant to the City Manager for the City of Lodi, California.