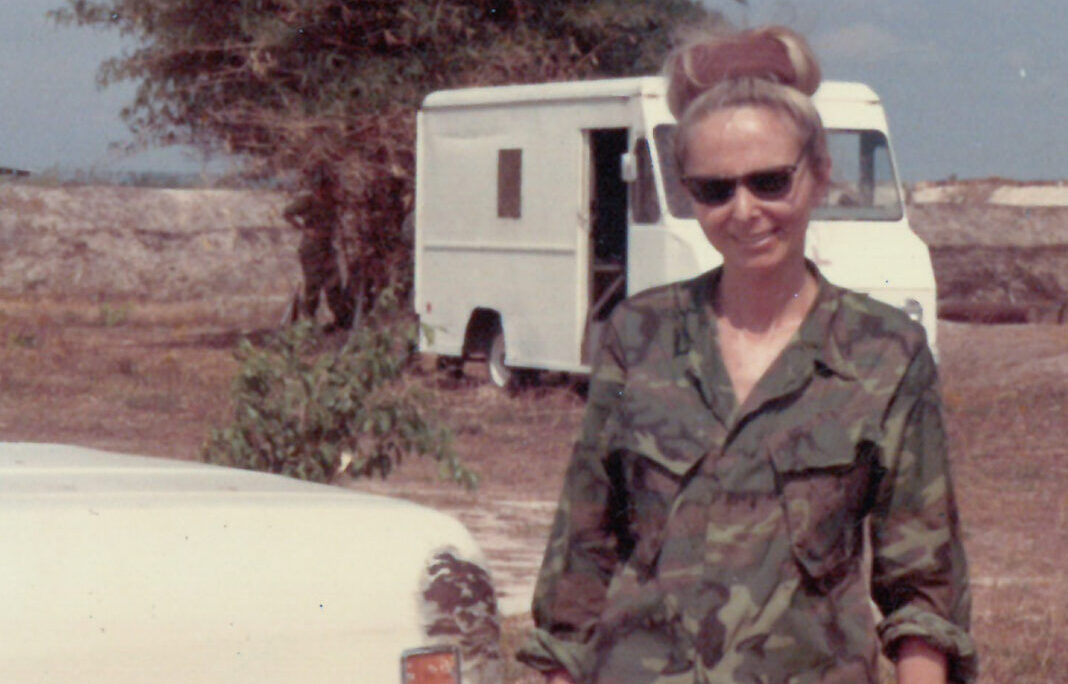 As a sign of their respect for her, the Marines gave her a camouflage uniform (including a matching elastic hair band) to wear the first time they took her to the shooting range, wanting her to fit in. Collection of the National Museum of American Diplomacy.

Patricia “Patti” Ann Morton broke the glass ceiling for women at the U.S. Department of State with her persistence and strength in the name of diplomacy.

Morton was the first woman to become a State Department security agent in 1972, a position now known as a Diplomatic Security Service special agent. But her colleagues called her “Pistol Packin’ Patti” for her excellent aim and precision with the .357 Magnum pistol she kept in her purse while on assignments.

“When I think of being the first woman security officer, what I think of most is I hope I have done the best job I can, and that it will be easier for those who follow,” she said in an oral history years later.

Posted to the U.S. Embassy in Saigon in 1974, Morton became the first female regional security officer. She supervised the Marines who guarded the building and wrote the evacuation guide for the embassy, in case of an emergency.

That guide saved the lives of embassy staff a year later when Saigon fell in April 1975.

A male supervisor thought the situation was too dangerous for a woman and ordered Morton to leave the embassy several weeks before the evacuation. Morton resisted, so the male supervisor demanded the medical officer order her to leave. Morton once again stood her ground and asked for a physical exam, insisting the results be put in writing and attached to her medical order to leave.

“I had the physical examination because I did not want women, forever after, to have to carry the burden of people saying, ‘See, women can’t stand up to an emergency crisis situation,’” said Morton. “I passed the physical with flying colors.”

Against her objections, she was forced to leave. Her belongings were never returned to her from the post.

Morton continued to serve in the Foreign Service until retiring in 1994. She traveled the world, working in Nepal and the Netherlands before settling back in Washington.

“What makes Patti stand out is the degree to which she was thinking ahead — thinking about training for others, resources for others, and helping others learn from her experiences,” said Foreign Service Institute Director Ambassador Daniel B. Smith at the virtual Heroes of U.S. Diplomacy event honoring Morton and others on July 28, 2020.

“She really was a pioneer.”