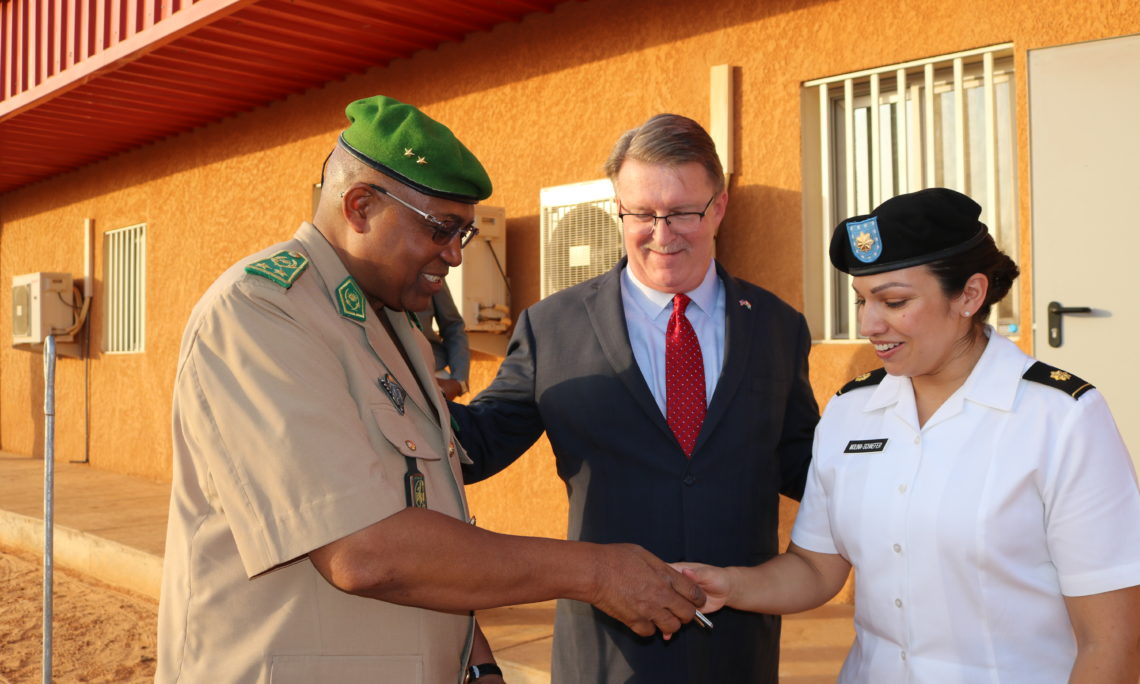 I am pleased to participate in this ceremony to hand over military equipment from the United States for the benefit of the people of Niger.

Over the last two years, the U.S. Government has provided the Government of Niger with Cessna C208 aircraft.  This gave Niger intelligence, surveillance, and reconnaissance capability to locate terrorists and other threats to its sovereignty.  Additionally, we equipped the Base Defense Force in Agadez, four counter terrorism companies, and one logistics company.  Finally, we gave Niger Armored Personnel Vehicles and Mud Boats to pursue threats to Niger.  We believe all these capabilities are critical to helping Niger defeat Boko Haram and other terrorist organizations wanting to cause harm within its borders.

Today, we hand over the $16.5 million C2 Node that will integrate all these capabilities and existing Nigerien Armed Forces (FAN) capabilities by synchronizing operations through communications.  This new building, two deployable tactical operations centers, specialized communications equipment, radios, and training will streamline pertinent battlefield information to Commanders, so that they can best employ their forces.  Additionally, Commanders will be able to communicate with all assets under their command.  We are confident the equipment and training received will be used successfully to carry out FAN tasks and missions.

I am glad to present this gift to Niger because I know how much courage and determination Niger demonstrates against the security threats in the region.  I pay tribute to the Defense and Security Forces who are currently conducting operations in different parts of the country while maintaining a high level of solidarity across borders.  It will be written in the history books that when peace was threatened in the Sahel, Nigeriens rose to preserve it.

Without further ado, Minister, I have the pleasure to officially give you this equipment.

Thank you for your attention.