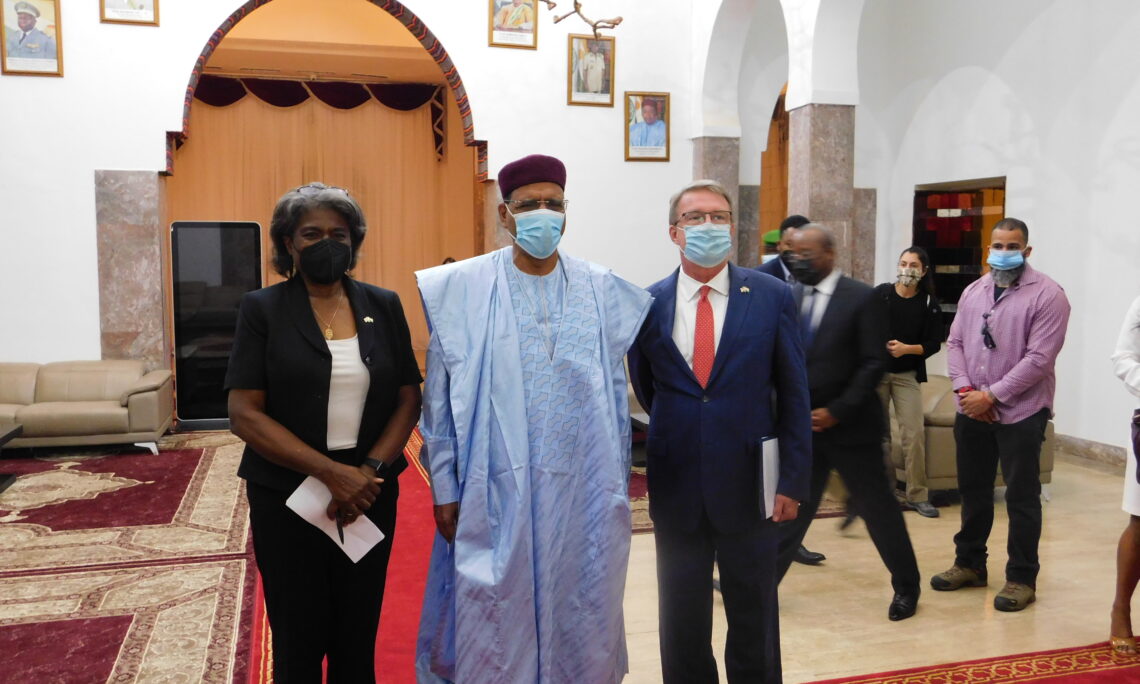 Ambassador Linda Thomas-Greenfield, the U.S. Representative to the United Nations visited Niamey, Niger October 24-27, as part of a seven-day working visit throughout Africa.  Before Niger, she held meetings and diplomatic engagements in Bamako, Mali and traveled to Libreville, Gabon after Niger.

Remaining in Niger from October 26-27, Ambassador Thomas-Greenfield met with Nigerien government officials, including President Bazoum, to highlight strong bilateral coordination to strengthen regional security and stability.  At the presidency she explained to the press, “True collaborative security means a coherent partnership between security forces and the community, in which security is inclusive, equitable and respectful of human rights.”

Among other engagements, the Ambassador had a series of meetings with U.S. and Nigerien security officials working to counter terrorism in the Sahel as well as visit a vaccination medical clinic which offers U.S.-manufactured COVID-19 vaccines donated to Niger on behalf of the American people and through the COVAX facility.

Ambassador Thomas-Greenfield delivered a speech to IFTIC journalism students and conducted a question-and-answer session.  She told the journalism students, “The protection of civil rights and civil liberties, such as freedom of expression and freedom of the press, play an important role in strengthening the legitimacy of each government.”  The U.S. diplomat declared, “these efforts also contribute to countering violent extremism.”

Her visit follows Under Secretary of State, Victoria Nuland, and further demonstrates the Biden-Harris Administration’s intent to build relationships in Africa with the goal of working together to find solutions for shared global priorities such as combatting COVID-19; strengthening institutions for improved health security; promoting peace and security; fostering mutually beneficial economic growth; promoting human rights and good governance; and addressing the climate crisis.