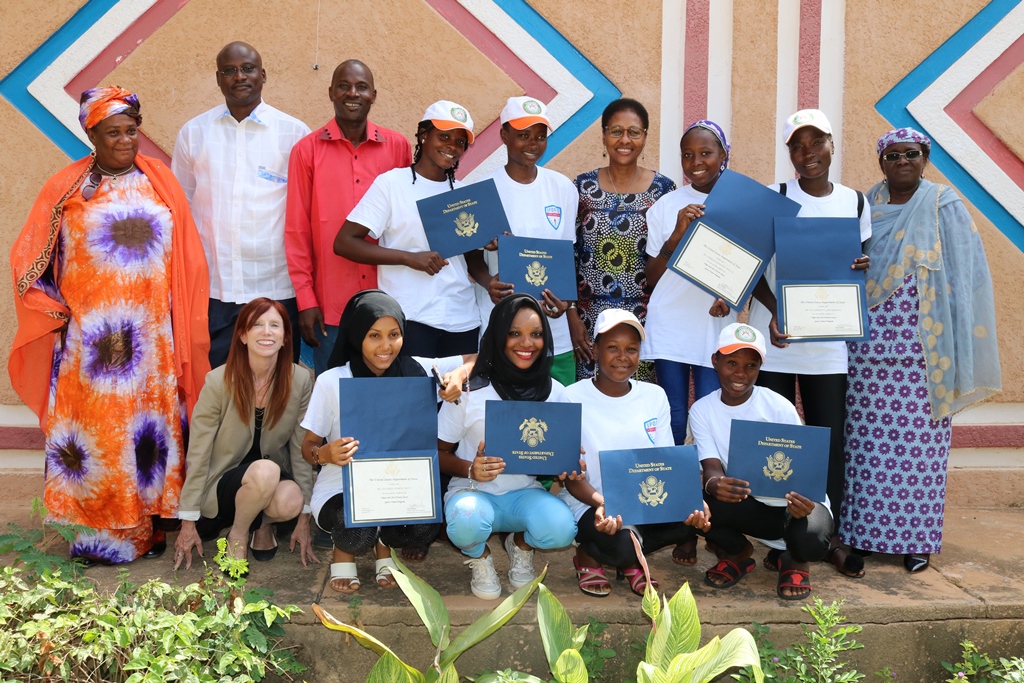 Eight young female soccer players were brimming with excitement as they returned to Niamey in October after participating in Sports United’s Visitor Program in the United States. These are our All-Star team, having been selected from young players across the country.

The Sports Visitor Program exposed the girls to professional soccer players and American peers while emphasizing leadership and self-confidence.  The girls are now encouraged to develop action plans that will expand “sports for all” programs in regions outside of Niger’s capital.

On the day after their return, the embassy hosted a welcome home party with parents and community leaders. The girls’ parents also signed a pledge that they will keep their girls in school and encourage them to further their education and development as talented young leaders.

The embassy congratulates these very special girls, their parents and their communities.