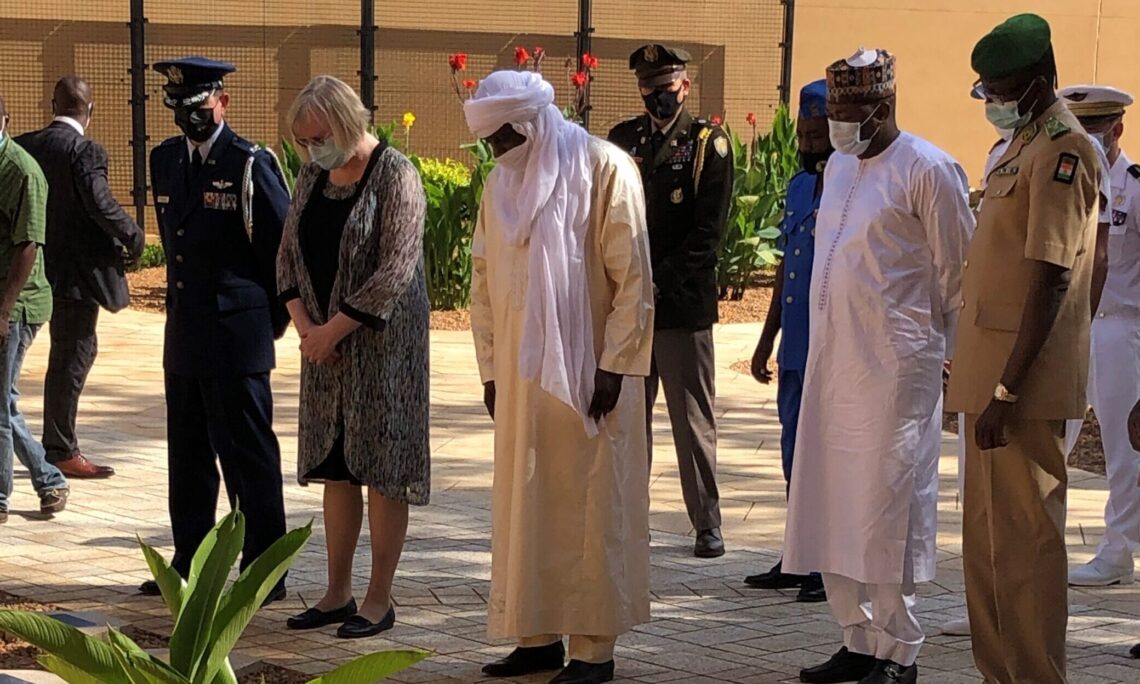 On October 4, 2021, U.S. Embassy Niger commemorated the 4th anniversary of the ambush near Tongo Tongo, Niger on October 4, 2017 which claimed the lives of four Nigerien soldiers and four American soldiers.

In her opening remarks, U.S. Embassy Niamey Chargé d’Affaires Ms. Susan N’Garnim, recalled the circumstances of the death of these soldiers before paying them a solemn tribute on behalf of the American people.  She said: “These men – Nigerien and American – are heroes.  We honor them, and we will always remember their sacrifice.”

Since 2012, the United States Department of Defense and Department of State have provided more than $500 million in military assistance equipment and training programs.  The U.S. -Niger security partnership is incredibly important to America. It is based on common strategic goals and shared values that will improve security for Niger.

Concluding her remarks at the commemorative ceremony, the Chargé d’Affaires N’Garnim explained the remembrance area which features pentagonal stones with each soldier’s name and a centerpiece describing the event memorializes the fallen for all eternity.  “In honoring those we have lost, we pay tribute to all the selfless service members, Nigerien and American, working together for a secure and prosperous Niger,” stated N’Garnim.