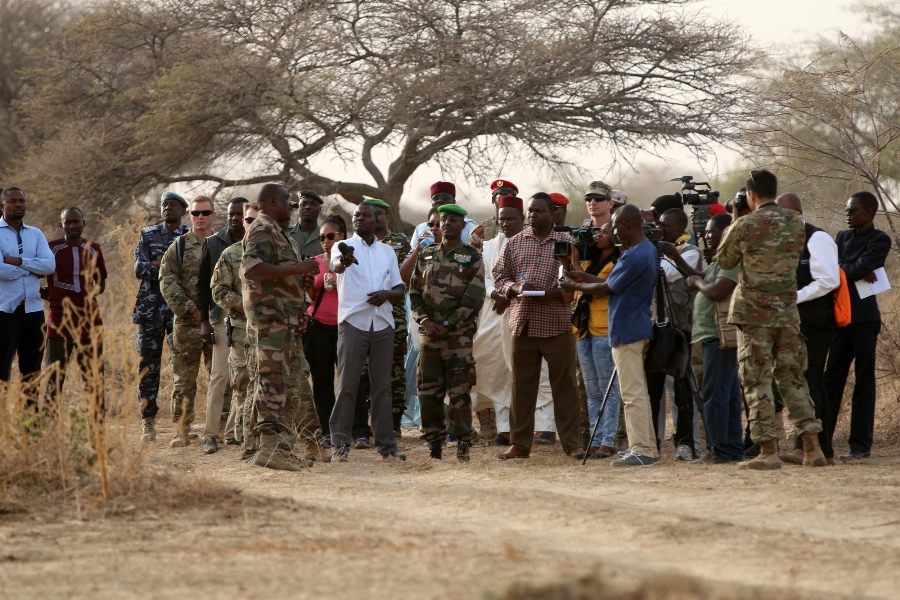 DIFFA, NIGER—Ambassador Eunice S. Reddick, the U.S. ambassador to Niger, traveled from Niamey to Diffa, Niger, with journalists from national-level media organizations to observe training during Flintlock 2017, March 7. Governor Dan Dano Mahamadou Lawaly, the governor of Diffa, hosted Reddick at his official residence where regional leaders and members of non-governmental organizations discussed the importance of adopting a cooperative approach to address security challenges through multinational engagements like Exercise Flintlock. This year, Niger is one of seven nations to host the annual, multinational exercise for Special Operations Forces.

“I was really impressed by how Flintlock was conducted,” Reddick said to journalists. “The Flintlock exercise is a very good example of coordination and collaboration between Western and African countries.”

“I think the partner nations this year during the exercise share three common goals. Countering violent extremist organizations, increasing peace and stability, and regional cooperation,” Paone said. “What the exercise is helping to do is build capacity and security which leads to good governance.”

“This year 2017 we have the honor and privilege to organize Flintlock 2017 here in Diffa,”said Col. Altini. “This isn’t the first time the exercise has been in Diffa and the objective is still the same. It’s a pleasure to work with our U.S. and western partners.”

Last year, Flintlock was hosted in Senegal and Mauritania. The increase of host nations is a testament to a growing multinational partnership in the region. This was the second time since the exercise started in 2005 that Niger has hosted Flintlock.