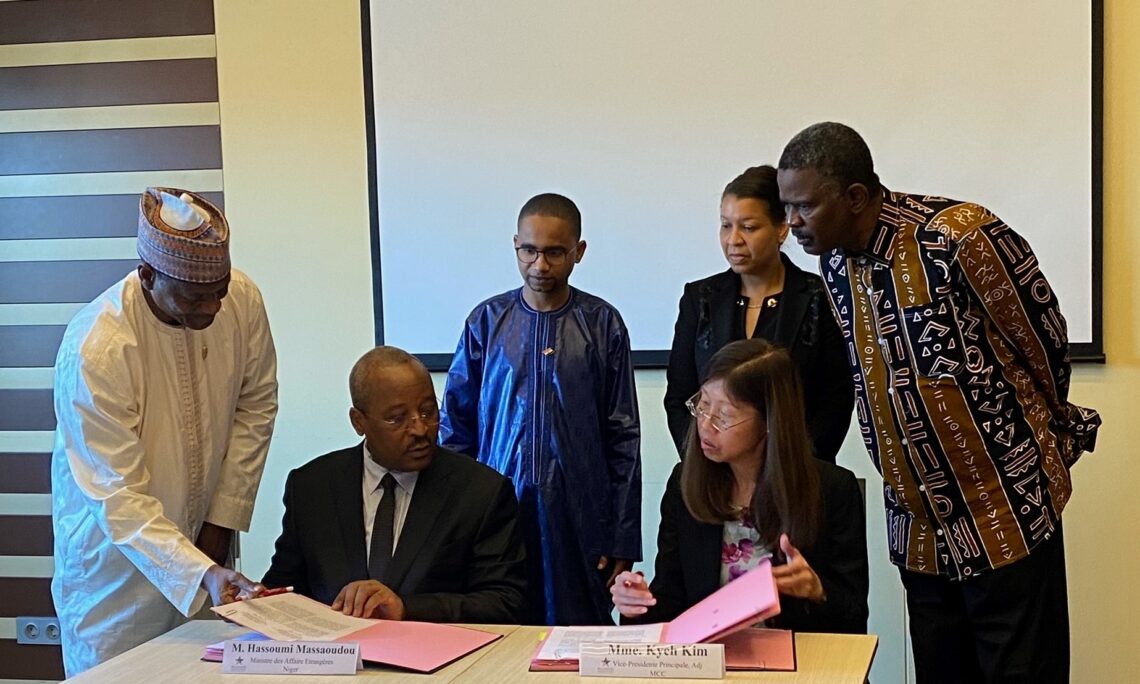 COTONOU, Benin (May 16, 2022) – The U.S. government’s Millennium Challenge Corporation (MCC) and representatives from the Governments of Benin and Niger met May 12-13 to advance a proposed regional development grant designed to reduce the cost of transportation along the road corridor between the port of Cotonou and the capital city of Niamey.

MCC’s Principal Deputy Vice President for Compact Operations, Kyeh Kim, convened a trilateral meeting during the visit where MCC and the Benin and Niger government representatives agreed upon key parameters, commitments, and timelines for the proposed Benin-Niger Regional Transport Compact.

By reducing transportation costs between the two countries, the proposed Benin-Niger Regional Transport Compact will increase regional trade, attract investment, and ultimately contribute to the region’s efforts to reduce poverty through economic growth.

“The Benin-Niger border crossing is one of the busiest crossings between any coastal and land-locked country in the region,” added the U.S. Ambassador to Benin, Brian Shukan. “Strengthening and rehabilitating this corridor will allow goods to flow faster and more efficiently through the Port of Cotonou, reaching additional markets in the region and beyond.”

The proposed compact will have two priorities: reducing transportation costs along the Cotonou-Niamey Corridor by rehabilitating portions of the existing roadway; and improving freight and customs operations.

“Pairing the infrastructure investment with improvements in institutional governance at the border crossing will ensure Nigerien goods have better access to regional and global markets for generations to come,” said Chargé d’Affaires a.i. at the U.S. Embassy in Niamey, Susan N’Garnim. “The U.S. government is proud to support this strong regional collaboration to facilitate greater economic growth for Nigeriens and Beninois.”

In 2018, the AGOA and MCA Modernization Act was signed into law and provided MCC with new authority to utilize cross-border regional investments that address economic challenges, expand regional markets for a larger-scale impact on poverty reduction, and facilitate increased trade and investment.

To be eligible for an MCC regional grant, countries must be current partners with MCC and demonstrate a continued commitment to MCC’s eligibility criteria.