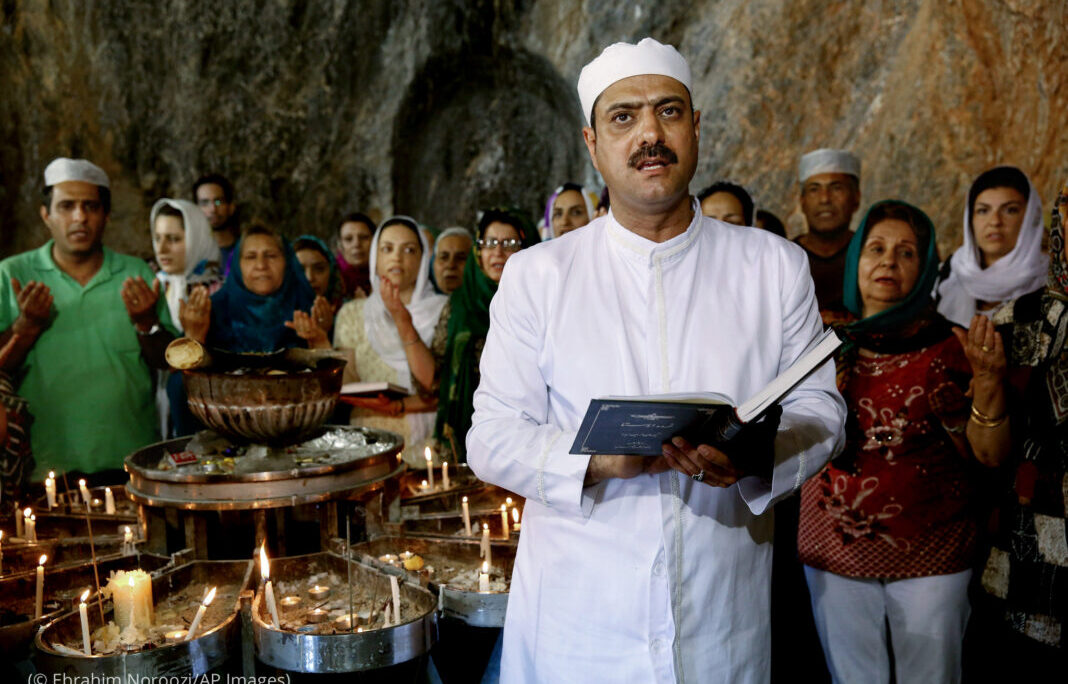 In this Friday, June 13, 2014 photo, Zoroastrian priest Kamran Lorian leads a prayer in Chak Chak, a mountain shrine, some 600 kilometers (370 miles) southeast of the capital Tehran, Iran. Adherents of the Zoroastrian religion from around the world gathered at a mountain shrine in central Iran this

The United States is committed to defending religious freedom around the world, U.S. Secretary of State Antony J. Blinken said.

“Religious freedom, like every human right, is universal,” Blinken said May 12, announcing the release of the State Department’s 2020 Report on International Religious Freedom. “All people, everywhere, are entitled to it no matter where they live, what they believe, or what they don’t believe.”

The International Religious Freedom Report offers a comprehensive review of the status of religious freedom in nearly 200 countries and territories. It tracks violations and abuses of religious freedom, as well as positive governmental or societal actions. The report also informs critical U.S. foreign policy decisions.

In his remarks, Blinken highlighted examples of threats to religious freedom around the world.

People living in 56 countries — a majority of the world’s population — face high or severe restrictions on religious freedom, according to the Pew Research Center.

Blinken noted that the leaders of the February 1 military coup in Burma are among those responsible for atrocities against the Rohingya, most of whom are Muslim.

He also called out other governments that violate religious freedom, noting that:

During his remarks, Blinken also announced visa restrictions on PRC official Yu Hui, of Chengdu, for gross violations of human rights. As the former office director of the so-called “Central Leading Group on Preventing and Dealing with Heretical Religions,” Yu Hui participated in the arbitrary detention of Falun Gong practitioners for their spiritual beliefs.

In March, the United States and its international partners sanctioned two officials who carry out Beijing’s repressive policies against Uyghur Muslims and members of other ethnic and religious minority groups in Xinjiang.

“We’ll continue to work closely with civil society organizations, including human rights advocates and religious communities, to combat all forms of religiously motivated hatred and discrimination around the world, Blinken said.