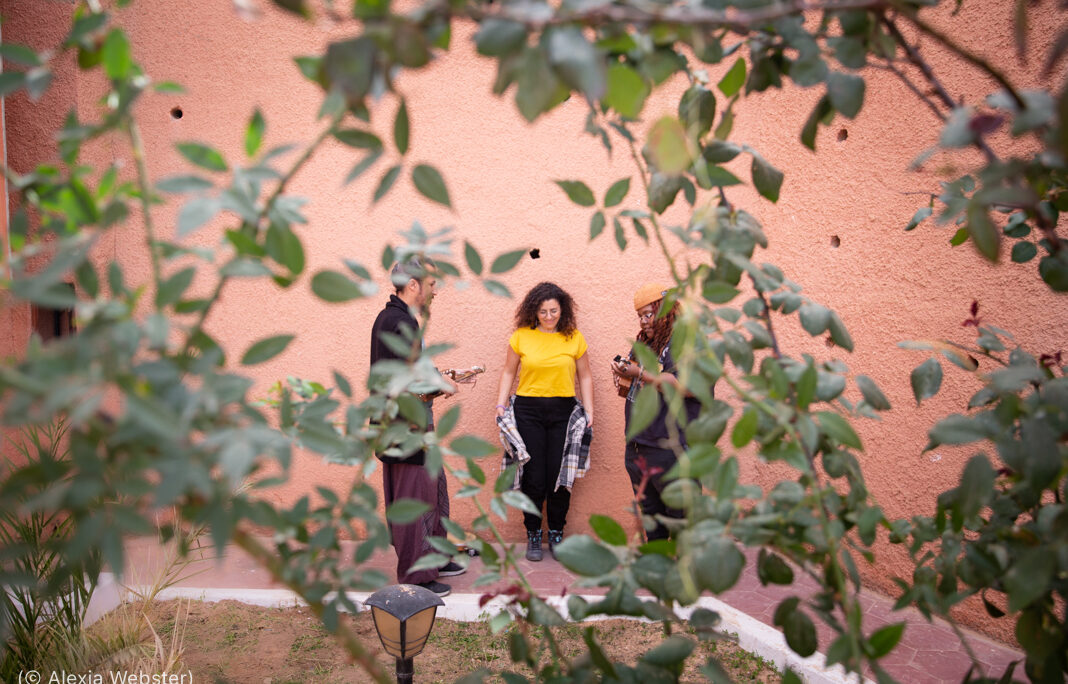 Some of the musicians take part in a jam session in a traditional tent.

OneBeat Sahara connected 23 musicians from seven Saharan countries and the United States to fuse musical genres and compose new music. The residency and concert series ran from February 21 to March 13.

The 23 musicians from Algeria, Libya, Mali, Mauritania, Morocco, Niger, Tunisia and the United States blended the sounds of singers, rappers and percussionists with those of traditional instruments like the guembri and the oud. Musicians gathered in the oasis town of Taghit in southern Algeria for two weeks of workshops, songwriting and recording.

Inspired by one of the world’s largest deserts, OneBeat Sahara Fellows explored Black musical traditions that journeyed from Africa to the Americas and back. Musical styles included hip-hop, jazz, electronic music and the West African spiritual sounds of Gnawa and Tuareg.

Sponsored by the U.S. Department of State’s Bureau of Educational and Cultural Affairs, OneBeat is a constellation of music diplomacy programs that has worked with over 370 socially engaged musicians from over 50 countries since it began in 2012.

The U.S. Embassy in Algeria and the Algerian Ministry of Culture hosted this event, with support from the U.S. embassies in Libya, Mali, Mauritania, Morocco, Niger and Tunisia.

Musicians formed new ensembles at the festival and composed original music. They also performed an outdoor concert near ancient rock carvings outside Taghit.

Later, a caravan of musicians traveled north to the Dar Abdellatif Cultural Center in Algiers for recording sessions. And on March 11, OneBeat Sahara culminated in an epic concert at the Algiers Opera House, showcasing new music to a large audience.