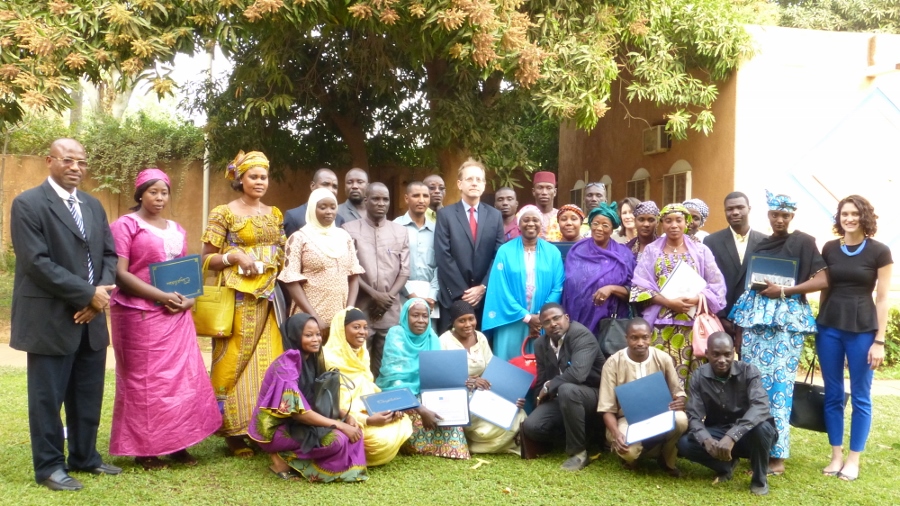 From January 25-27 the U.S. Embassy hosted a three-day capacity-building workshop for Nigerien radio journalists reporting in local languages.  The workshop, which was organized in conjunction with the State Department’s Africa Regional Service (ARS) and Nigerien umbrella organization La Maison de la Presse focused on reporting skills and the upcoming elections.  The course was led by ARS-sponsored speaker Elizabeth Bryant, a freelance journalist based in France.  Amadou Boubacar Hassane, a lecturer at the department of law at the Abdou Moumouni University in Niamey, also spoke about journalism and the law in the Nigerien context.

At the opening ceremony the president of Conseil Superieur de la Communication (CSC) presented participants with a copy of Niger’s elections code of conduct for journalists.  The journalists then worked with Bryant to compare journalistic ethics codes from a variety of countries.  In addition to learning about journalism and the law in the context of elections, the participants had the opportunity to produce short radio stories, which were critiqued by the group on the last day of the class.   On January 29 Bryant also gave a presentation to over 200 students at Niger’s public school for journalism, Institut de Formation aux Techniques de l’Information et de la Communication(IFTIC).  The discussion focused on new innovations in journalism, particularly the use of social media, and reporting on the electoral process.  On January 30 Bryant was interviewed as a studio guest at private radio and television station Anfani about the capacity-building workshop, journalism and development in Africa, and elections in Niger.