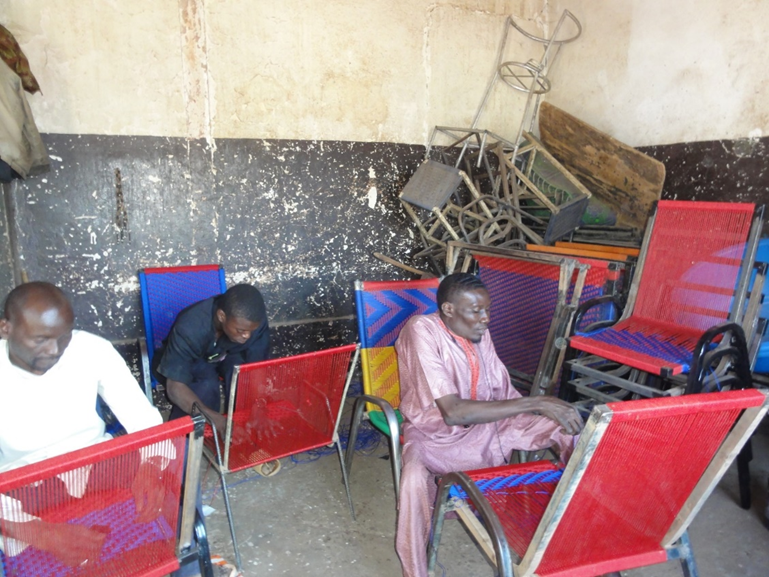 Multiple U.S. agencies, including U.S. Embassy Niamey, the United States Agency for International Development (USAID), the Millennium Challenge Corporation (MCC), and the U.S. Department of Defense provide Niger with hundreds of millions of dollars in development and security assistance each year to improve Nigeriens’ lives. Most of this support, however, is reserved for large, multi-year projects that aim to impact the largest number of people possible. But the U.S. Embassy in Niamey also has funding available to assist villages and other small communities in Niger. One of the oldest and best known such programs is the Ambassador’s Special Self-Help Fund (SSH), which provides funding for community development projects that can be accomplished in a year or less.  In fact, in Niger it is national, local, and community-based organizations that often have the most practical and interesting ideas for bringing about positive change in their communities. Many of those ideas are never implemented due to lack of funding; the SSH fund is structured to respond to that need. Projects encourage communities to become self-sufficient and undertake sustainable initiatives to improve daily life. Applications for this year’s fund are open and due May 31.

Past projects have been hugely successful—in 2021 alone the Self-Help Fund provided 32 million CFA to communities across Niger. In Diffa, NGO Jeunes Volontaires pour l’Environnement (JVE-Niger) used SSH funding to build two concrete fish smoking ovens—a safer method of smoking fish, compared to traditional ovens made of metal barrels and grids that give off harmful chemicals when wood and cardboard packaging are used as fuel—for local women’s groups. The project used local craftsmen to build the ovens and trained the women on how to use and maintain them.  One woman expressed her contentment with the project, saying: “Thanks to this project, our method has become modern. We are very happy, we have no words to express our joy, we thank JVE and the donor.”

Another NGO used SSH funds to help people with disabilities. Groupement des Artisans Volontaires Handicapés Locomoteurs de Niamey (GAVHLN) has worked for years to improve the lives of people with disabilities, offering education and training to discourage a life of street begging. With SSH funds, GAVHLN recruited 12 young men who were living with disabilities and trained them to create artisanal leather crafts and furniture. After completing the training, the graduates received startup kits and were mentored on business creation.

In Zinder Region, ONG Action pour un Developpement Soutenu des Communautés (APDSC) worked with local authorities to identify five women’s groups in Albarkaram, Kassama, and Goron Sofo to offer training and distribute peanut presses for peanut oil extraction. The women’s collectives were given 100-kilogram sacks of peanuts to begin their income generating activities.  “Producing so much oil in a short period of time was a dream. The financial support of the U.S. Embassy in Niamey will allow us to have enough resources to initiate new activities,” said the president of the Kabarota group in the village of Kassama, a 54-year-old mother of six.

In response to the 2021 rainfall deficit, agricultural authorities are promoting irrigated crop cultivation and support to producers with irrigation and production kits (seeds and equipment). To support this initiative, SSH funds helped NGO MOJEDEC provide farmers in the rural commune of Tamaské in the Tahoua Region with technical training and equipment to develop vegetable gardens. The assistance provided water pumps, ploughs, seeds, and training on traditional environmentally friendly methods of compost and pest treatments for agricultural sustainability.

The U.S. Embassy in Niamey is now accepting applications for the 2022 Ambassador’s Self-Help Fund. We encourage all interested NGOs and community groups to view the application information on the U.S. Embassy’s website (https://ne.usembassy.gov/embassy/embassy-solicitations/). Funding requests should be for projects between $3,000 – $10,000. Applications for the 2022 funding cycle must be submitted by May 31.