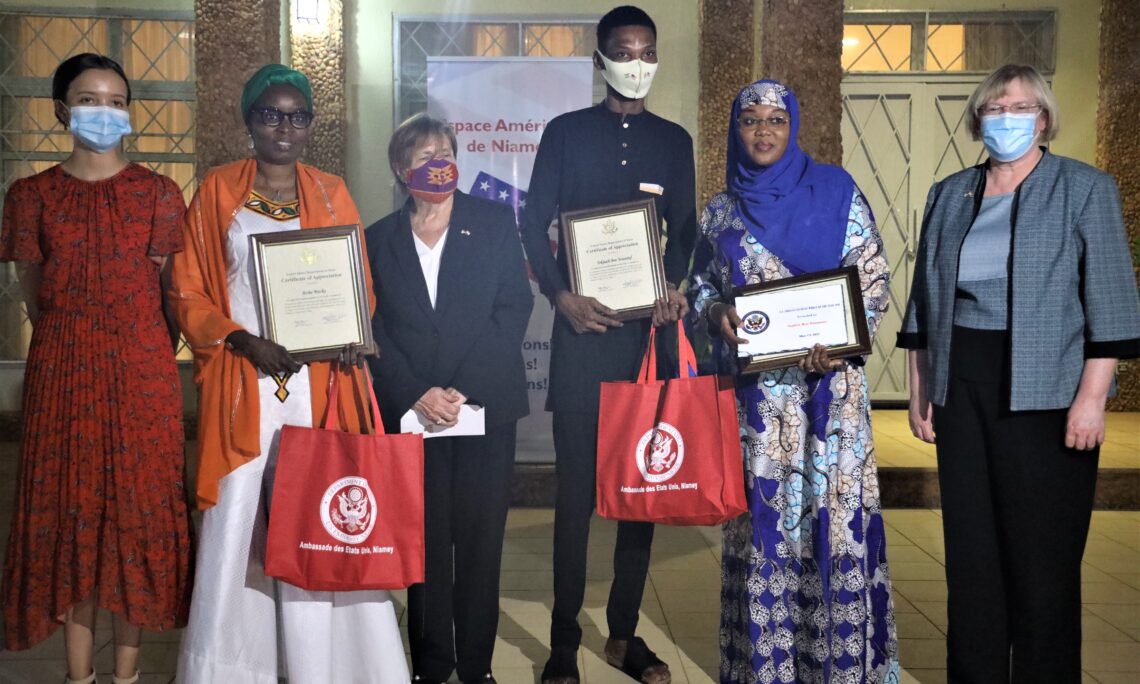 Niamey – The U.S. Embassy hosted a reception on Thursday, May 12, 2022, in honor of Nigerien Women’s Day.  At the event, the Chargé d’Affaires a.i. Susan N’Garnim, awarded the U.S. Embassy’s inaugural Nigerien Woman of the Year award to Samira Ben Ousmane.  The award ceremony, set to become an annual tradition in Niamey, acknowledges the positive impact Nigerien women make on society, bringing greater visibility to women’s achievements in Niger.

Samira Ben Ousmane, founder of the organization Nigerielles, is an alumna of the Young African Leaders Initiative Mandela Washington Fellowship.  She is an entrepreneur, trainer, and consultant passionate about empowering Nigerien women.  The jury, which consisted of Americans and Nigeriens, selected Madame Ousmane for her considerable efforts in securing economic freedom for widows and orphans of Nigerien Defense and Security Forces through the Autonomous Widows program.

Nominees came from diverse backgrounds in sports, film, business, civil society, music, and law enforcement.  The jury, comprised of Embassy and non-Embassy members, assessed the nominees on their accomplishments in the past year, impact in Niger, and efforts to promote gender equality.  The event concluded with a performance by musical guest Zeinabou Boubacar Zakou.