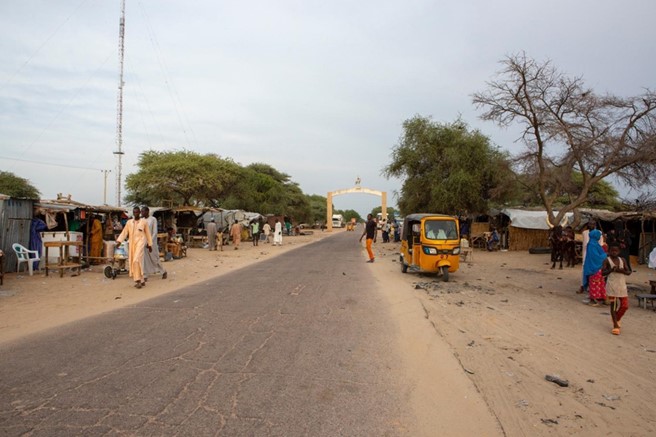 NIAMEY, NIGER – The U.S. government through the United States Agency for International Development (USAID) is supporting a four-year, $15 million initiative to support Access to Justice and Human Rights in Niger called Adalci, which means “fairness” in the Hausa language.  Niger’s Minister of Justice, Dr. Boubacar Hassan, and the U.S. Ambassador to Niger, Eric P. Whitaker officially launched the Adalci activity on June 23, 2021 at the Mahatma Gandhi International Conference Center.

The Adalci activity works in Tillaberi, Tahoua, and Diffa and provides communities with the tools they need to justly and fairly address grievances that pit them against one another. This can limit the reach and influence of extremists who feed on these unresolved and simmering conflicts.  Adalci’s main objectives are to improve the capacity of customary and other local conflict mediation mechanisms to resolve disputes, while also helping populations to access the formal justice system and increasing the capacity of Government of Niger and Civil Society Organizations (CSOs) to address human rights violations.

Niger’s USAID Mission Director, Jo Lesser-Oltheten said, “This activity provides crucial help to Nigeriens who are seeking justice and respect for their human rights.  We are especially pleased that we are supporting a technical approach that strengthens the formal justice system in Niger but also respects the role that traditional leaders and methods of resolving conflicts can play in Nigerien communities.  We hope that this will also reduce the vulnerability of these communities to violent extremism.”

Indeed, research shows that extremists take advantage of mistrust, divisions, and conflicts within and between communities to recruit and expand their control over the region.  To counter this, USAID works on reducing the lure of violent extremist groups who often present themselves as offering people a means to obtain justice and revenge.  USAID’s Adalci will train traditional leaders and local mediators in negotiation and mediation and help them organize community dialogues to advance conflict resolution. Through a series of training workshops, the program will also assist civil society organizations and the National Human Rights Commission in investigating and seeking redress for human rights violations.  Finally, Adalci will conduct radio campaigns and participatory theater performances to provide essential information to guide communities through the legal system.

USAID’s Adalci is implemented by a consortium of organizations in Niger led by the peacebuilding organization Search for Common Ground in partnership with the American Bar Association – Rule of Law Initiative and Pact, who are all partners under the Human Rights Support Mechanism led by Freedom House. USAID works in close collaboration with national and local institutions, including the High Authority for Peace Consolidation, the Ministry of Justice, the Ministry of Interior, the National Human Rights Commission, peace committees, local authorities, justice actors, civil society organizations, traditional chiefs, and local mediators.

About the United States Agency for International Development (USAID)

The Adalci activity is part of USAID’s annual investment in Niger of approximately $200 million (approximately 106.9 billion FCFA), which includes both life-saving humanitarian assistance and development programs.  The Adalci activity contributes to USAID’s democracy, governance, and human rights program, designed to strengthen the resilience of communities to violent extremism.  It aligns with axis number four of the Economic and Social Development Plan of Niger 2017-2021 focused on improving governance, peace and security which aims to prevent the occurrence of multidimensional crises likely to jeopardize the national prospects for economic and social development.