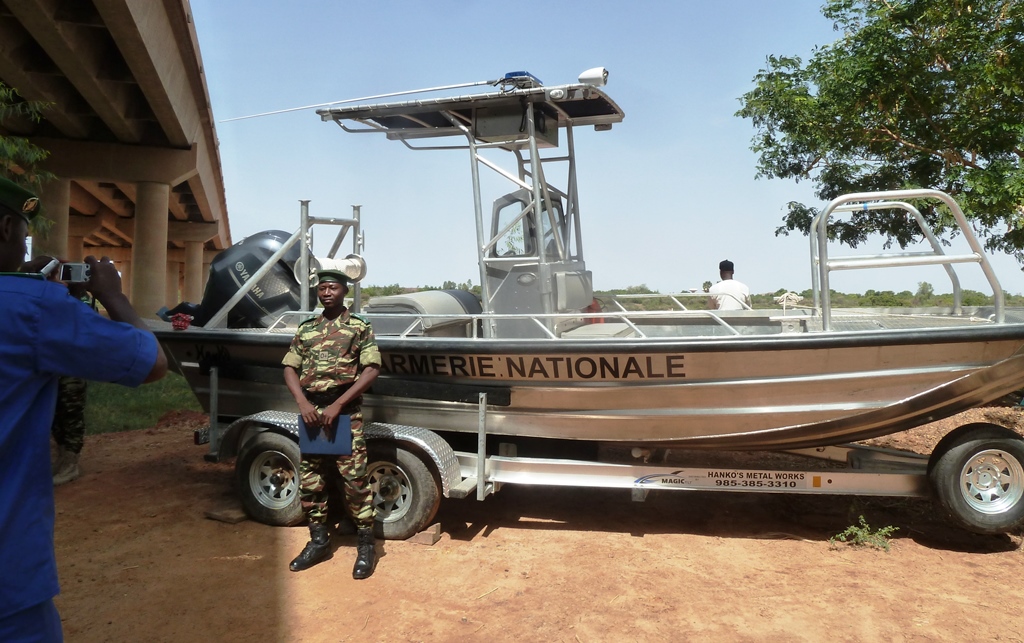 The U.S. Embassy is continuing its partnership with Niger by helping build capacity for protecting the nation’s security. Initiatives span many regions and types of assistance, including providing training and equipment to police and military.

This May, equipment worth more than $500,000 was donated to the Nigerien police, national guard, and gendarmes with

the intent of significantly strengthening their response capabilities. Much of the equipment included protective gear to keep officers safe and police boats for river patrol.  The following month, $250,000 in bomb detection equipment was provided to the Nigerian counterterrorism police (SCLCT). This donation was part of the United States Government’s Anti-Terrorism Assistance (ATA) Program and the Special Program for Embassy Augmentation and Response (SPEAR), which aims to develop Niger’s tactical skills in the common interest of security through the provision of equipment and sustained training. The U.S. Embassy’s Regional Security Office facilitates and supports the training.

In July, U.S. Ambassador Eunice Reddick attended the graduation of a nine-week U.S.-funded training program for 850 soldiers of the Nigerien Multidimensional Integrated Stabilization Mission in Mali (MINUSMA) battalion. These soldiers, who will lead the effort to protect the Malian border, were trained in weapons operations, small-unit tactics, combat life-saving skills, and protection of human rights. The ambassador was joined by Niger’s Chief of Defense (CHOD) General Seyni Garba and the Nigerien Defense Minister at the graduation ceremony. In her remarks, Ambassador Reddick stated the U.S. has provided $325 million in training and equipment to Niger since 2012.

“All of these efforts support our shared goals of preventing conflict, promoting regional stability, and supporting our African partners as they work to build a more secure and prosperous future,” said Ambassador Reddick.