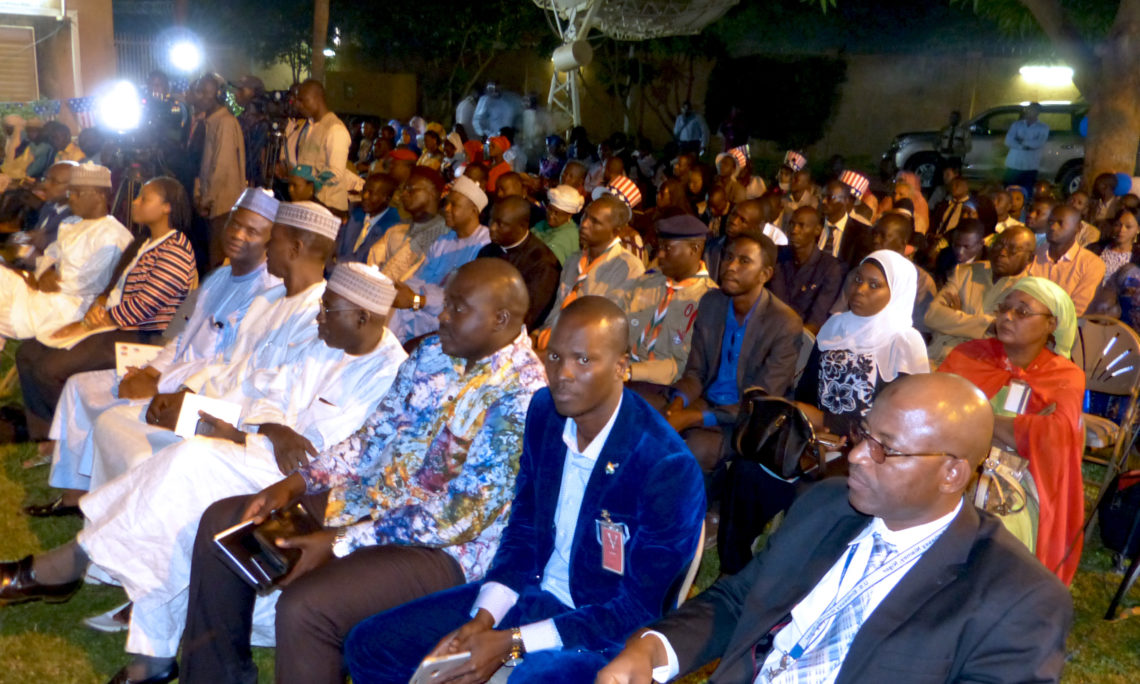 On November 8, Embassy Niamey held a youth election night at the American Cultural Center. Together with the Young African Leadership Initiative Alumni Association (YALI), The National Youth Council of Niger and The Emerging Council Agency for a soiree of presentations about the electoral process, games and live entertainment. Ambassador Reddick opened the program with a message of hope stating, “I am proud to say that in the history of the United States, the youth have contributed to the progress that we have seen in America. I believe that the Nigerien youth can do the same through a commitment to improve their country and their community.” Some audience members won Africa Regional Services (a Department of State book publisher) books as prizes and Embassy Officers responded to questions from the audience. Representatives from the Consular Section and EducationUSA offices set up information booths.  The program garnered strong attendance by more than 300 youth, community leaders, and two ministers. Live streaming of the event on Facebook allowed enhanced viewership reaching 6000 viewers. The event concluded with the highlight of the evening, a mock election. Both the Ministers of Cultural Renaissance and Communication participated proudly, casting their vote and deservingly earning an “I voted” sticker. The fictitious electoral committee composed of volunteers from the audience read the results at the conclusion of the program.