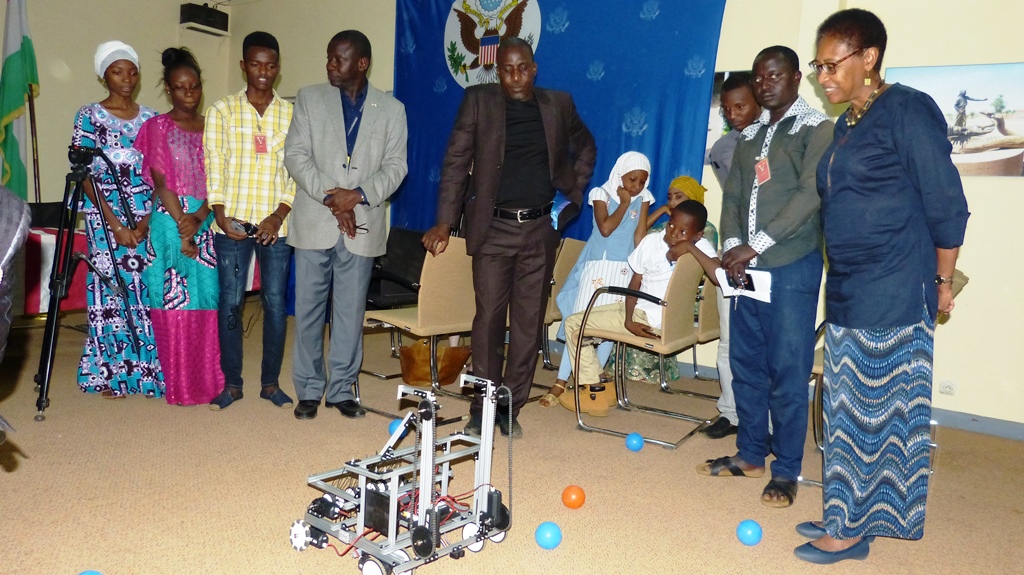 Niger’s young robot team represented their country at the For Inspiration and Recognition of Science and Technology (FIRST) robotics competition in Washington, DC.  Two girls and one boy from local high schools  entered the world-wide competition with their invention they named Rakumi (Camel in Hausa).

At the competition, the team from Niger was paired with Mali and the USA towards the end of the games and overwhelmingly won several rounds.  Although the Niger robot did not ultimately win an award, the crowd applauded their great accomplishments.

Said one official, “”The many contestants from developing countries were encouraged to learn STEM to help those in need and make this a better world.   Moreover, it’s not just their STEM skills, but their heart that will count even more.”

Before the team took off, they were bid farewell by the Ambassador. She wished the team luck, reminded them to make new friends while in the U.S., and encouraged them to continue their STEM studies, which will be essential for the future of Niger.